Initially I had hoped to cover the Manhattan Cocktail Classic's kickoff gala at the New York Public Library by imbibing every single cocktail the event had to offer. "Oh no, you cannot do that," our editor told us as he sipped an oversized, frigid-looking gin martini. "There are more than 150 cocktails. You will die." What if I just took a sip of each one? "Mmmp," he said, the liquor engulfing his upper lip. "Die."

He was right, though sugar would have delivered the fatal dose. Liquor—fabulous, bracing, glass-borne liquor—was easy to score (this is appropriate for a $200 ticketed event). No drink line was longer than five minutes. But finding a cocktail that didn't taste like Fruit Stripe On The Rocks was at times difficult. Many of them looked like these: 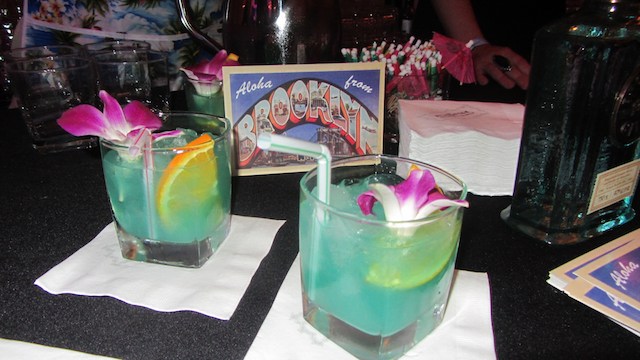 We ended up locating a drink with gin and corn (the cobbed kind) and a hint of jalapeño that pleasantly coated our throats like libidinous Drano and pressed on, undeterred. 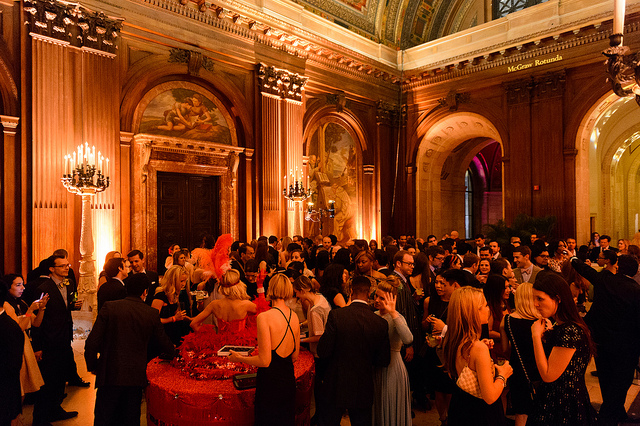 Meandering around three cavernous floors of the library with spiffily dressed strangers felt like Night At The Museum set at a bunch of dueling wedding receptions. Different wings showcased different wares and featured different DJs. The room that had Your High School Friend's Wedding Party also had a DJ playing Pitbull's "I Know You Want Me" and also this guy dancing in it. 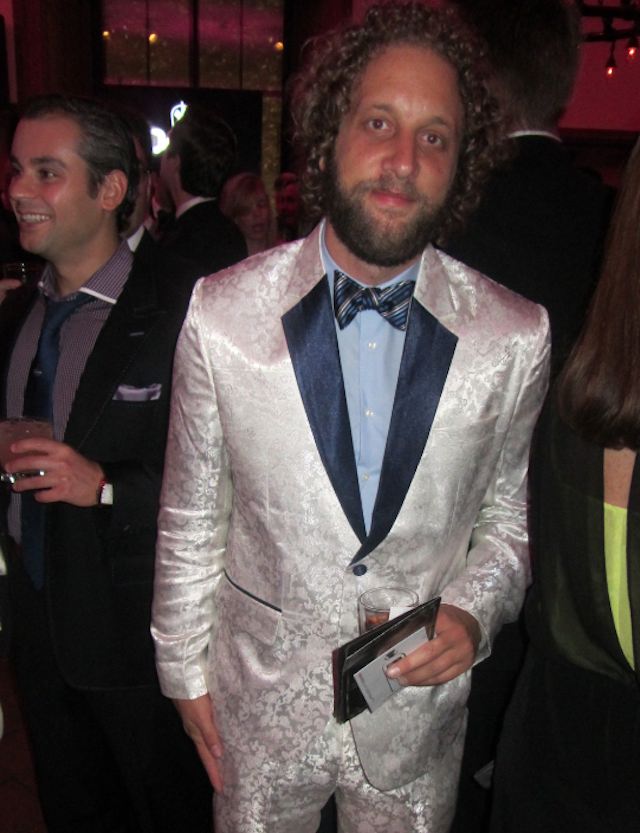 If you wanted to feel like you were at your Rich Lawyer Uncle's Fourth Wedding, you could head downstairs to the stunning Celeste Bartos Forum, where an old-time band played tunes that would be killer for that Boardwalk Empire season premiere party you've been thinking about throwing. 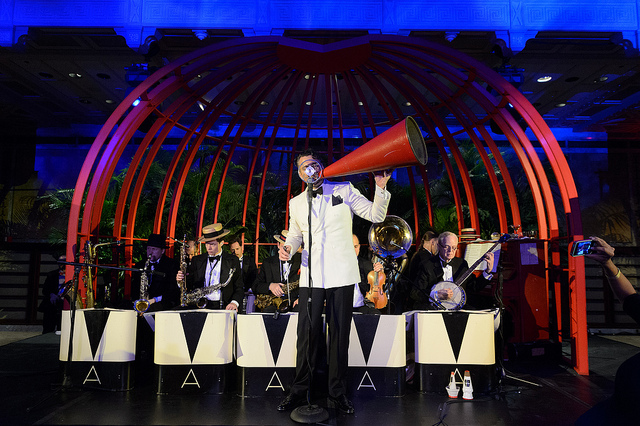 There were also ladies handing out popsicles on cigarette trays, so we grabbed a delightful root beer-flavored pop and the rest, as they say, is history. 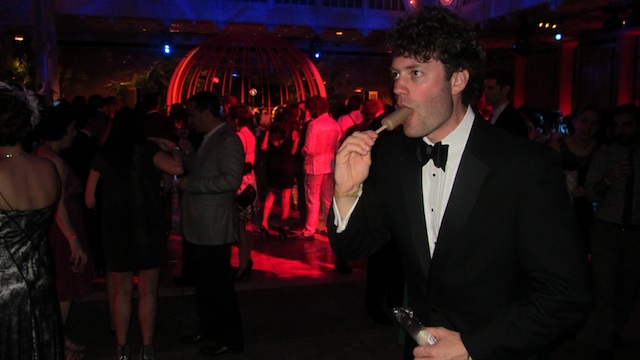 A Victorian Walking Table Lady periodically appeared to pass out chocolates and remind us of the terrible, radioactive explosion at the H.M. Tilden Table Factory in 1889, which forever changed the lives of a generation of Liverpool's children. 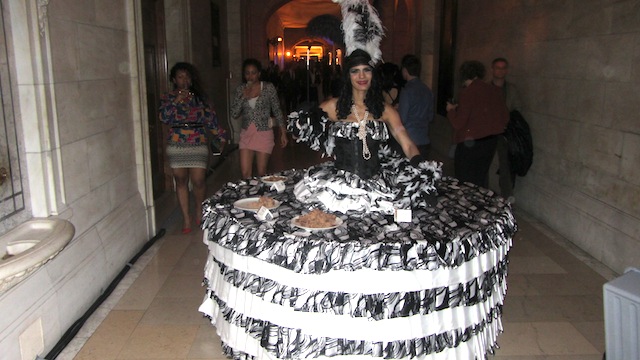 Yes, it was nice to dress up, drink cocktails, and shrug off all our cares and worries for a few hours. Very nice. 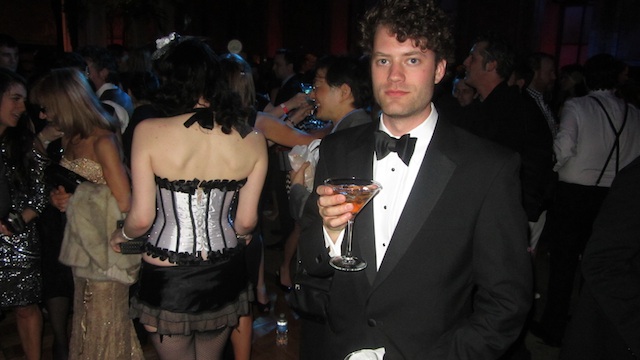 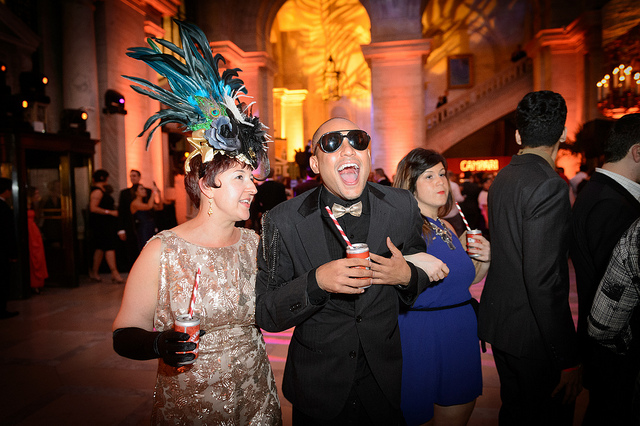 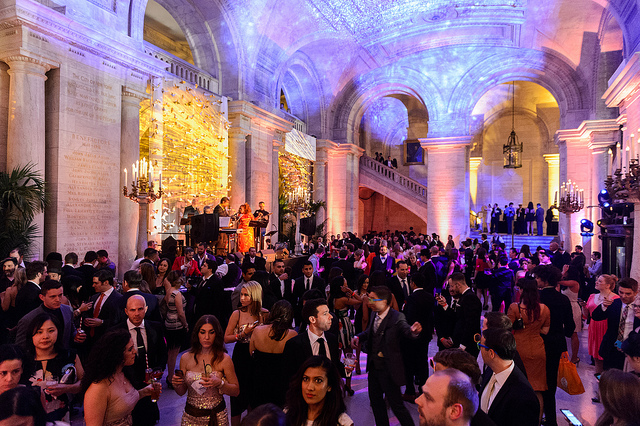 The Manhattan Cocktail Classic lasts through Tuesday. You can pick up tickets to more of their booze-centric events here.