Things move quickly at Metrograph, a two-screen movie theater on the Lower East Side that blends airy, classic Hollywood design with the obsessive passion of '60s cinematheques. Tickets for its screenings of classic and avant-garde films have been in high demand ever since it opened in early March, and now a new restaurant inspired by the studio lot commissaries of the past, is up and running.

Alexander Olch, one of Metrograph's founders, surveyed the theater's upstairs dining room just before service Wednesday night. "What's happening in this building is a romantic love for cinema, one that's expressed in many different ways," he said. Olch has given Dennis Spina free rein to create a menu of varied classics. Steak tartare, a Waldorf Salad, spaghetti pomodoro, and brown butter trout are designed to offer something for everyone.

"A superstar like Carey Grant or Lucille Ball needed to be able to have a lovely dinner for themselves, and the stagehand or gaffer at the next table over also needed a dinner that they would enjoy," Metrograph's Tarajia Morrell said Wednesday. Morrell stressed that the restaurant is designed to strike a balance between egalitarianism and polish, reminiscent of "the Hollywood Golden Age, when things were at once approachable and a little bit elevated."

Lit by a large skylight and windows that overlook Ludlow Street, Metrograph's commissary is startlingly pretty—it can be easy to forget you're technically at the movies when dinner arrives. Spina's steak tartare ($14) features fried capers, green onion, parsley, and Japanese mayo, while the trout ($24) comes seasoned simply over a bed of asparagus, topped with an oversize crouton. A variety of cheese plates, salads, and vegetable sides round out the commissary's do-all ethos. 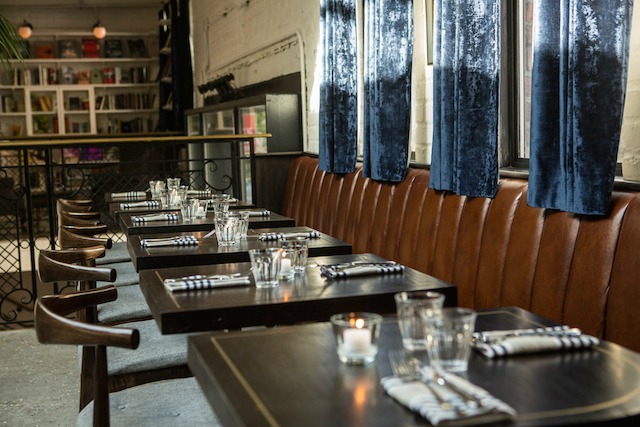 Drinks offerings are somehow even more classicist. Bar manager Jason Shurte's menu leads off with a negroni, followed by the Roman Holiday, a riff on the Aperol Spritz. The Sun Also Rises mixes bourbon, sherry, lemon, and a bit of absinthe to deliver a nice twist on the whiskey sour. Cocktails are $12 each.

Combined with a small store that stocks film and art books, Metrograph's restaurant and bar have one simple but very bold goal: to bring you out to the movies even if you're not seeing a film. "It's about creating a multi-faceted experience, and that the experience is inspired by and about very much the movies that are playing, but extends beyond the film to the actual place and all of the things that go into enjoying a film," Olch said. 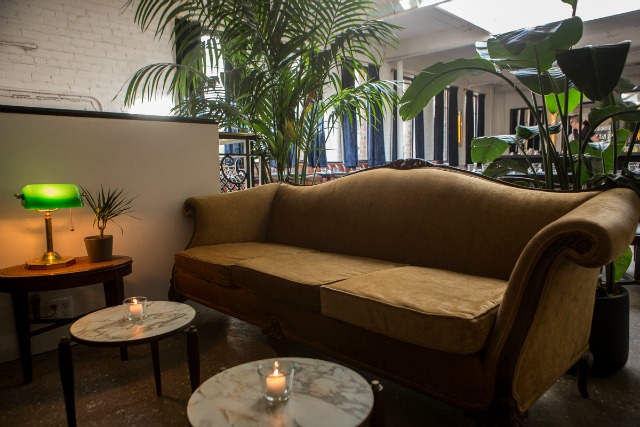 "Our commissary is about embracing everyone," Olch reasserted Wednesday. The restaurant and bar is currently open from 6 p.m. to midnight each night, but Metrograph is "going to expand significantly" in the coming weeks, offering breakfast, lunch, and late night service.