Courtesy of the MCNY

The bohemians came to Greenwich Village way before the mid-20th century (by the early 1960s that area was already going bourgeois)—the first tea house in the area was The Mad Hatter, a meeting hub for intellectuals and artists that opened in the early 1900s at 150 West 4th Street. This is now home to a diner, and right next door you'll notice the Golden Swan Garden, an unexpected homage to "one of Greenwich Village's seediest but most influential hangouts" of the early 1900s—also known as the "Hell Hole."

These photos—courtesy of the MCNY—are a rare look inside and out of the Mad Hatter's space, taken sometime between 1908 and 1918. 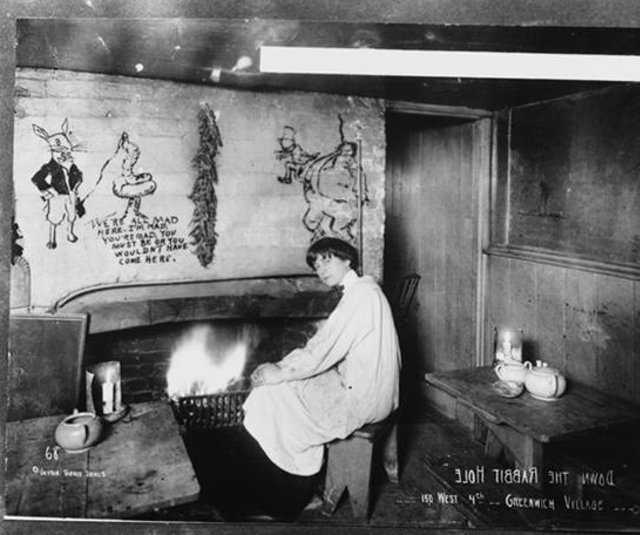 Courtesy of the MCNY

According to YodelOut, many inexpensive meals were taken in at "these little tearooms... and helped make famous the Mad Hatter, first of the many on West Fourth Street." There, "Willem Hendrik Van Loon’s impromptu sketches on the menus became treasured items." We've contacted the NYPL to see if they have any of these in their menu archives, and will update if we get our hands on anything.

#down the rabbit hole
#flashback
#golden swan
#greenwich village
#history
#mad hatter
#tea room
#original
Do you know the scoop? Comment below or Send us a Tip