Photos: Genuine Liquorette Might Be The Most Unusual Bar In All Of NYC There's a lot to unpack at Genuine Liquorette, a new subterranean cocktail joint underneath Genuine Roadside, a burger spot on Grand Street in what remains of Little Italy. There's the "California, bodega-style liquor store" decor, as described by design team and hospitality group AvroKO; the bathroom dressed up as an homage to Farrah Fawcett; the DIY alcohol program that celebrates "less-celebrated brands" of hooch; and the cocktail tutorial program taught by master mixologist Eben Freeman. Like I said, it's a lot.

It can sometimes be difficult to keep a straight face in the light of the cutesy, the gimmicky, but it's pretty hard to look at everything about this bar and not be at least curious about ducking in for an airplane bottle of Patron upturned into a grapefruit-flavored San Pellegrino ("Paloma," $10.10 plus tax, another odd feature of the bar). That's the main thrust behind "The Cha-Chunker," a device that punches holes in the tops of cans such that tiny bottles of booze (Jameson Irish Whiskey, Skyy Vodka, Cruzan White Rum) can be upturned into ginger ale, tomato juice and Sprite, respectively. 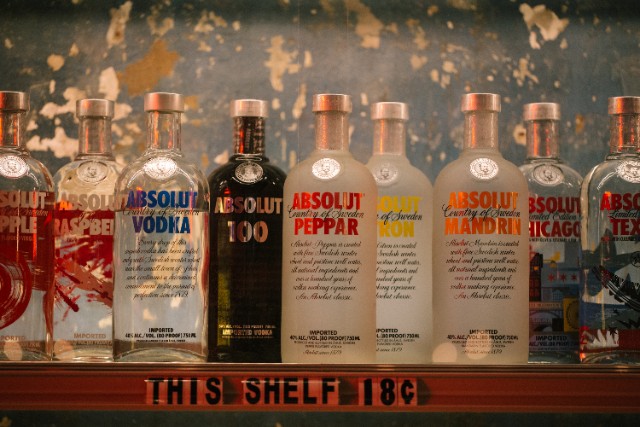 There's also the self-service beer, wine and spirit "Rough Justice" option, where patrons walk up to the case or shelf where the alcohol is stashed, grab what they want and then either drink it ($4.35 plus tax for Tecate, for example), ask a bartender to make a cocktail, or grab the whole bottle and get charged per ounce consumed. This last option sounds...dangerous, to say the least, especially with moocher friends who aren't picking up the tab. If one takes a Liquorette Master Class ($75) from Freeman or another mixologist, one gets one's Polaroid plastered on the wall and the right to "bartend for themselves and their party" whenever they're at the bar.

Just when you're about to faint from all that booze, here comes their drunk-friendly—but limited—food menu. There's a Single Stack Burger ($7.81) that can be fortified with bacon, cheese and double meet for a few more bucks, plus a side of Golden Fries for $2.53. Right on trend, the Buttermilk Battered Chicken Sandwich, a $9.64 (plus tax!) creation—definitely one of the pricier versions currently on the market—topped with apple/celeriac slaw and a spicy, sambal mayo.