Photos: Dojo NOT Closing, Will Reopen Next Month With Big Changes

NYU students and old school New York diners rejoice; West Village cheap eats staple Dojo will not be closing after all! Contrary to previous reports, owner Tony Yoshida confirmed today that the restaurant is simply undergoing extensive renovations. He aims to reopen in early September, with the start of the NYU school year.

The inexpensive, no-frills restaurant has been a favorite of students and frugal diners since it opened in 1991, especially after the original sister location on St. Marks closed in 2007. The menu is kind of Japanese, but kind of not, with lots of options for both vegetarians, vegans, and omnivores. 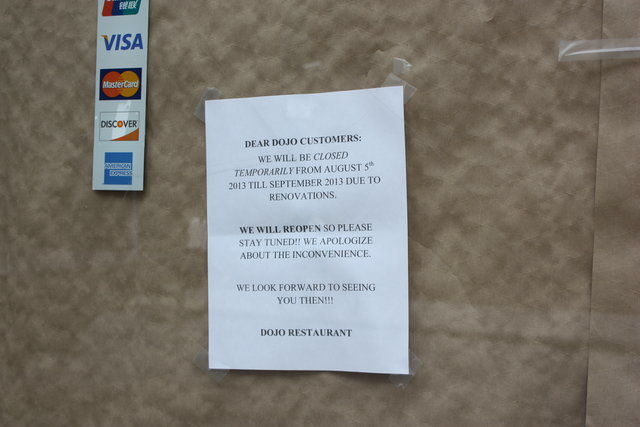 "We have been here just over twenty years," said Yoshida, "twenty three to be exact. Everything is going to be old. So we are changing the whole thing, the ambiance, everything." He says that the floors will be redone, and a new ceiling put in. 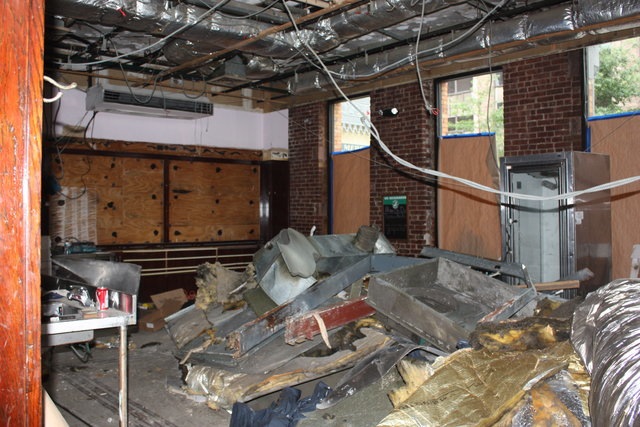 "It is so complicated because above Dojo restaurant is an old condominium," he said, pointing to a mess of wires hanging loose from the ceiling. "None of this is ours, we just have a few wires. So we used to have a drop ceiling with tin. Now we have to come in and use sheet rock, and add tiles."

At the moment the space is completely gutted, with piles of wires, metal, and pipes piled in every corner. Windows are papered up to prevent prying eyes. 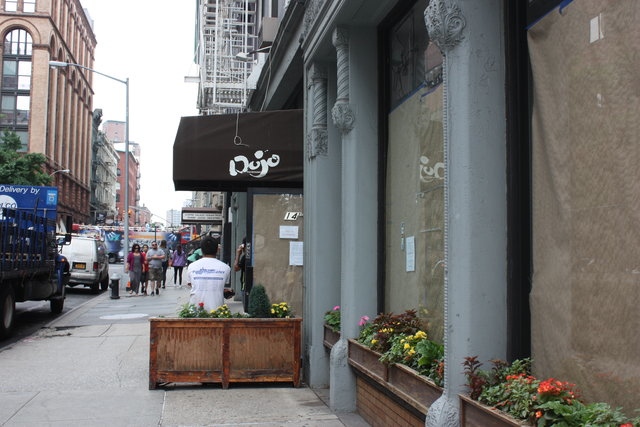 According to Yoshida, the new Dojo space will be separated into three parts. One section will serve Japanese tapas, the second will act as a juice bar, and the third will be a noodle shop where customers can see the noodles being prepared. The restaurant area will still have one entrance, but the noodle shop will have a separate door.

New elements will be added to the old menu, but regular customers should still be able to order some of their old favorites, like the famed carrot ginger dressing.

Everything in the restaurant will be brand new, including the notoriously creepy basement bathroom. "That bathroom, we have been using it for over twenty years," said Yoshida.

#dining
#dojo
#greenwich village
#new restaurant and bar radar
#original
Do you know the scoop? Comment below or Send us a Tip