Today in our Priority Inbox Folder: "Cronut Craze Reaches Bangkok." Click! The Cronut has finally made its way overseas, where it is called the Croughnut. And also just plain ol' Trademark (pending?) Cronut. Here is how they're doing it over there, without the capabilities of the pastry's founding father, Dominique Ansel. But the Cronut is bigger than Ansel now, it's bigger than all of us.

And that's fine... as a wise young man who waited hours on line for a Cronut once pointed out, "It doesn't suck that Cronuts exist, it sucks that Hostess exists. It doesn't suck that people are waiting on line for a pastry, it sucks that there is a line and not, say, many bakeries selling many croissant-doughnuts. At a certain point, money (and how it's used) can (and must) be a form of political expression. I am less inclined to criticize a superficial problem (that this pastry exists and people like it) at the expense of more fundamental ones (say, the availability and price of Ho-Hos)." 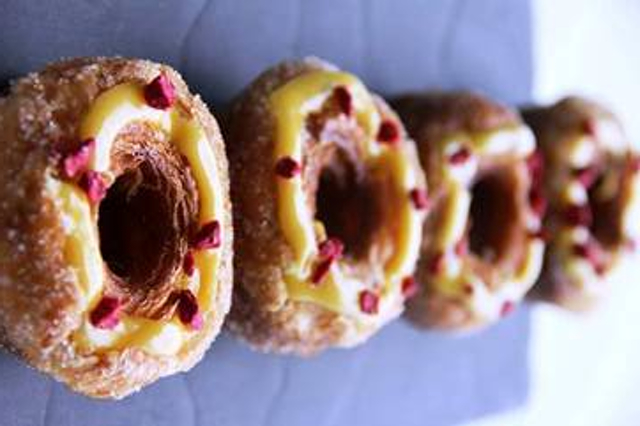 The Croughnut is being served in Bangkok's Cafe Mozu, inside the luxury Tower Club at lebua. There, Executive Pastry Chef Gilles Delaloy and Chef Baker Adrien Detti have whipped up a Mint Yogurt Croughnut, and placed the item on their breakfast menu. We're told "the chefs are planning next to make croughnuts with more traditional Thai flavors. Currently, they’re making 150-200 per day." Also, they are all-you-can-eat! We were told this morning that "they are part of the buffet breakfast which costs 600 Thai Baht per person (roughly $19 USD). They are not for individual sale. Since it’s a buffet, you can go nuts and eat as many Croughnuts as you like." 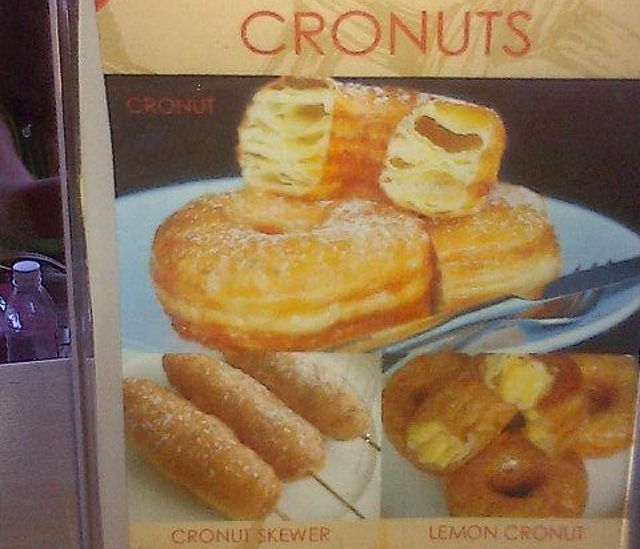 In Bali, they are straight up Hostess-ing the Cronut: selling them in delis. Also, they offer not just a traditional circular Cronut (in lemon), but also a CRONUT SKEWER. That's like a Cronut Kebab. That is amazing.

The WSJ recently tracked down some "pastry pirates," including Banderole in Japan, where they're making Strawberry chocolate, crispy chocolate, Rich Matcha chocolate, and... "smile white chocolate," which is a Cronut with a smiley face on it. 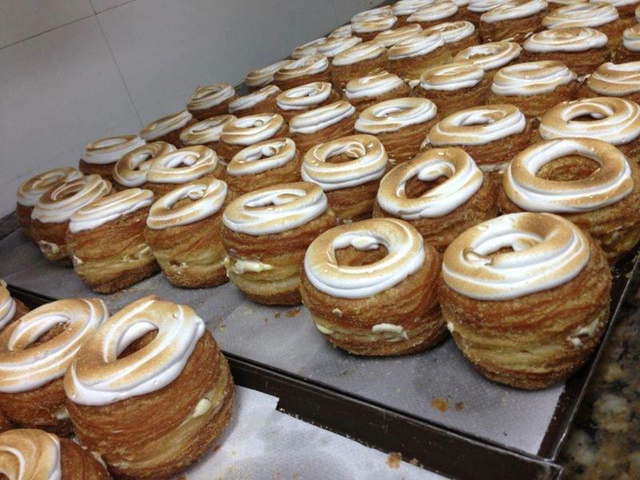 Gastronomia - Orchard in Singapore is serving up a Lemon Meringue Crodo. which they make fresh every morning, but they've also got a chocolate one. And it seems Singaporians have the Cronut Craze Thing down: "Currently retailing in limited servings of just over 100 pieces in each of the Da Paolo Gastronomia located islandwide, inquisitive Singaporeans seem to snap them up hard and fast. We first visited the outlet at Paragon Shopping Mall few evenings back and were told that 'Crodos' were sold out islandwide usually by the first hour of opening." 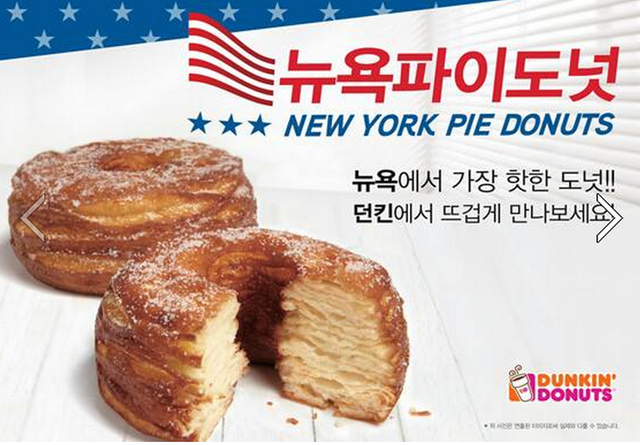 And FINALLY, Dunkin Donuts has adapted the Cronut for their stores... in South Korea, where they are calling it the “New York Pie Donut." The Dunkin Donuts in Manila is also offering a "Donut Croissant." However, there are currently no plans to bring these items to the States, Birthplace Of The Cronut. Not yet, anyway.

#cronuts
#croughnuts
#pastry
#worldwide cronut
Do you know the scoop? Comment below or Send us a Tip