Photo: Prosperity Dumpling Uses Rat-Infested Back Alley As Its Kitchen

What you see above is a birds-eye view of the alley behind Prosperity Dumpling, the wildly popular Chinatown dollar-dumpling joint that we profiled on Gothamist just this May. Here's the full view, in all its squalid glory. How many rats can you count? 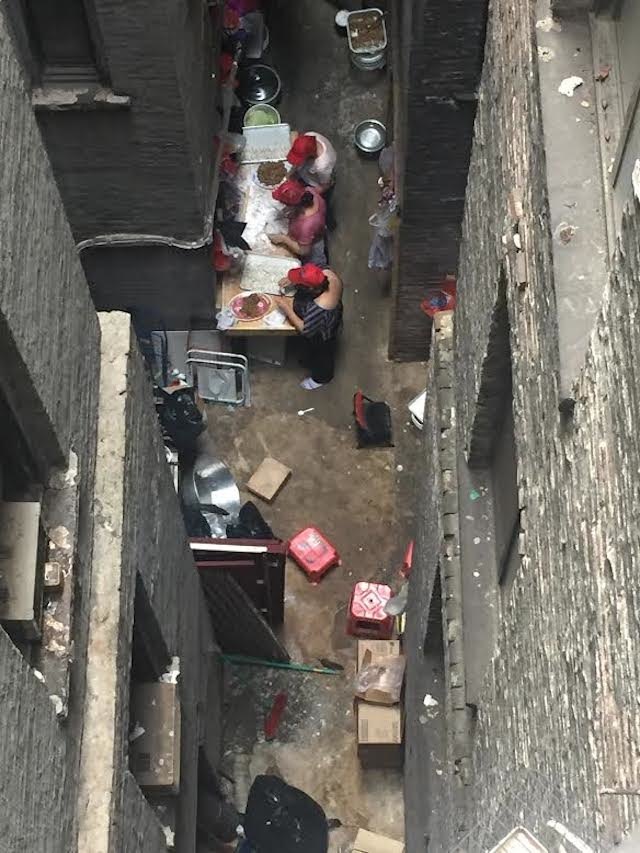 This horrifying image was sent by an anonymous tipster. In case you were never that good at those annoying Where's Waldo books, here's an enhanced version: 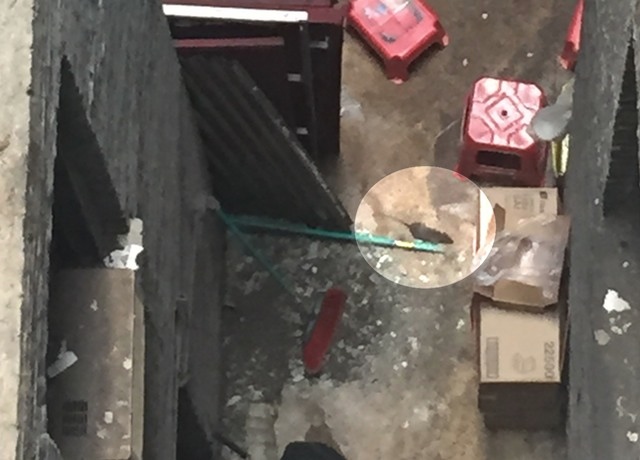 Notice the bowls of meat sitting out in the open air, no gloves on the people making the dumplings (and one show missing one one chef), and the RAT at the bottom of the picture by the broom handle. This appears to be a fixed table that get regular use and several rats were spotted when this photo was taken this past Sunday evening. I shared with the dept of health as well and so far just got a automated response. Prosperity has an "A" rating from the health dept. the last time I checked.

Indeed they do, though they were still slammed with one critical violation, which was that "live roaches were present in the facility's food and/or non-food areas."

Prosperity staff were unapologetic when a reporter inquired about the makeshift kitchen. Dong Xiazhu, 43, who runs the shop with her husband, said that it's common practice for Chinatown's dumpling shops to prepare food without wearing gloves.

"We're a very small shop, we're a very clean shop, we can watch over everything. And we wash our hands, of course," she said. "I've been doing this for 9 to 10 years, how could I not know [the rules]? I've always gotten an 'A' rating."

When asked about the rat seen prowling near the prep table, Xiazhu replied that the rat was outside the store, not inside. "Even the landlord doesn't have control over the rats outside," she said. "It's Chinatown."

Not everyone is perturbed by the unsettling image. Davina Metters and Hugo Ault, both 26, are tourists from London who dropped by the shop on their way to the Tenement Museum. Each took a look at the photo and opted to proceed with their lunch.

"There's lots of people here, and if they're not getting ill, then I guess it's okay," Metters said. "It's kind of out in the open, and we can see them making it in the alleyway."

Ault agreed. "It tastes good to me, and it's fresh and it's cheap," he said.

A spokesperson with the city's health department tells us the agency is looking into the matter.

[Update 8/27: A day after the photo was published, Prosperity closed for an unspecified time.]

#Chinatown
#prosperity dumpling
#original
Do you know the scoop? Comment below or Send us a Tip