Philly's Most Lauded Doughnuts & Fried Chicken Are Coming To NYC

A few Philly transplants have moved on up to the Big Apple, with varying degrees of success. The latest: Federal Donuts, the donut and fried chicken emporium that's something of a phenomenon in its home city of Brotherly Love. The only catch: it's just for a night.

If the name Michael Solomonov is memorable to you it's likely because of his new hummus emporium Dizengoff—itself an offspring of the Philadelphia original—in Chelsea market. Solomonov's behind Federal, too, and he's going to be taking over the fryers at Chefs Club of NY on September 9th to show NYC what he's got, according to GrubStreet. 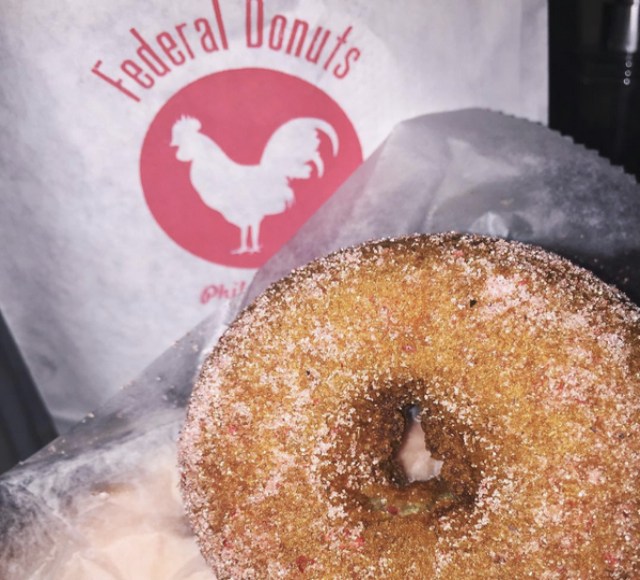 From 11 a.m. to 2 p.m, the fried chicken, in sandwich form here as a double fried breast dredged in buttermilk-ranch topped with cheese, pickles and a spicy sauce.

There are no plans (announced, anyway) for a full-time outpost of Federal in NYC, but the chainlet will be taking its talents elsewhere in the USA. Give the people what the want. Or don't! We're content with what we have.

#chefs club ny
#donuts
#doughnuts
#federal donuts
#fried chicken
Do you know the scoop? Comment below or Send us a Tip
A new Gothamist is coming! We’ve moved comments over to our beta site. Click here to join the conversation and get a preview of our new website.