I don't really get why some people are so mediocre/terrible at baking and others so amazing—isn't it all just measuring and chemistry?—but whatever that magic ingredient is, Petra Paredez has got it by the industrial mixer-full.

Ever since Paredez opened her namesake Petee's Pies on Delancey and Allen right before Thanksgiving, I've become a little obsessed with her intense, buttery crusts and dense, sweet fillings (though the whole thing really started last summer, at Petee's Grub Street festival booth). Seriously: I've gone through six of Petee's pies already (with some help!), and all six have been flat out phenomenal.

In general, I'm drawn to the stickier, gloppier pie varieties, and Paredez has these suckers down. The Salty Chocolate Chess and the Toasted Almond Chess, the Maple Walnut and the Brown Butter Honey Pecan: all gooey delights, whether served warm with a bit a ice cream or straight out of the box from the fridge, eaten like a candy bar.

In each case the intense sweetness of the dessert somehow doesn't overwhelm the actual flavor, maybe because instead of corn syrup and mountains of white sugar, Paredez uses, you know, real food as her ingredients, like maple syrup, buttermilk, amaretto, bittersweet chocolate, and NY apple blossom honey. And butter. Lots and lots of butter. 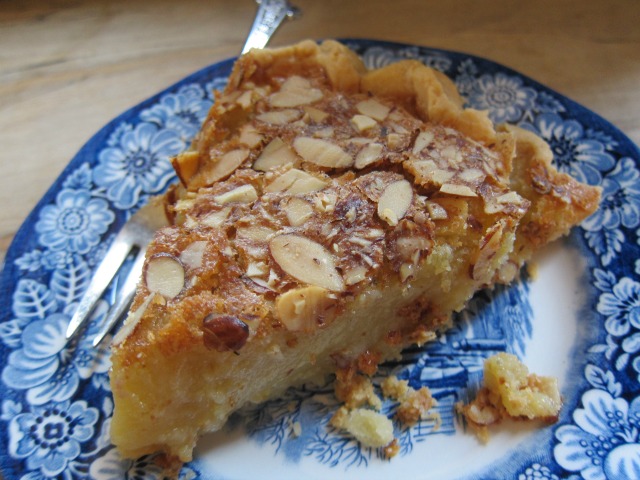 Just as good though are her bright, tart, fruity pies, at least if the excellent Montmorency Cherry is any indication. Got my eye on that Wild Blueberry next. Or maybe the Butterscotch Meringue? Also excellent was the Butternut Kabocha Pumpkin, for which both "winter squashes" are roasted in-house, then blended together to create possibly the best pumpkin pie I've ever had.

The effortlessly affable Paredez was born with baking in her blood—her parents own Mom's Apple Pie Company, which apparently is a favorite of the folks in Leesburg, Virginia—and she grew up working in the kitchens. So maybe that's where she gets the magic? That and the obvious love she puts into her creations up north here in New York City, even as she rather endearingly doesn't stress over perfect plating. 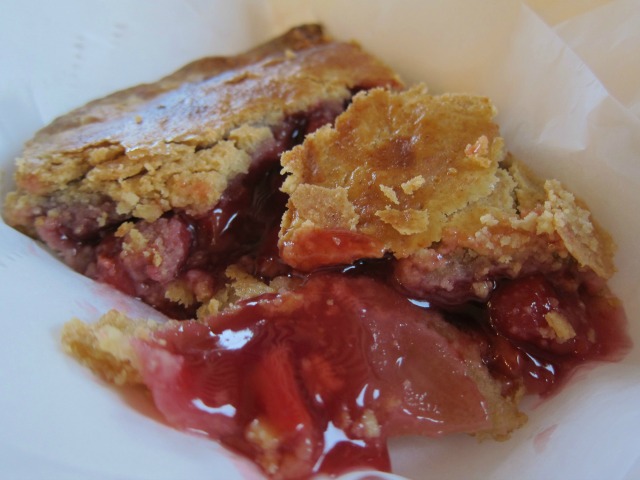 I've bought Petee's pies for the holiday table; I've bought them just to keep around the house, "in case there's guests". At only $30 a pop (that's at least $10 less than most of the best pie places in town), it feels like you can spring for something spectacular even on those not-really-that-special occasions.

Or you can stop by Petee's and eat a slice of whatever's warm for $5; there are about a half dozen stools by the window looking out onto Delancey where you can wolf it down. Paredez recently added ice cream to the menu, and there's always been Parlor coffee. And now she's doing cookies, too, and cinnamon buns. Plus there are savory options, like a nicely chewy, satisfying quiche topped with caramelized onions, or the ingenious cheeseburger pie—fully covered, like a pot pie, so it's actually mostly crust—which I brought home and heated up for an $8 dinner.

Petee's Pies opens early, at 10 a.m. (pie for breakfast!), and closes late, at 11:00 p.m. on weeknights, and midnight on Friday and Saturday, which means you can really up your Lower East Side drunk food game. Check out a sample Petee's menu for inspiration, then head to the online ordering page.

#LES
#Lower East Side
#new restaurant and bar radar
#petee's pies
#pie
#quiche
#original
Do you know the scoop? Comment below or Send us a Tip