Parm's Upper West Side location has a new addition to the lineup that has a special, pinstriped pedigree. And, yes, it is as delicious as it looks.

Major Food Group partner Jeff Zalaznick explained to Eater, "We were told about this sandwich by [Levine]...about four years ago, and since then we have been trying to perfect our version of this historic sandwich." 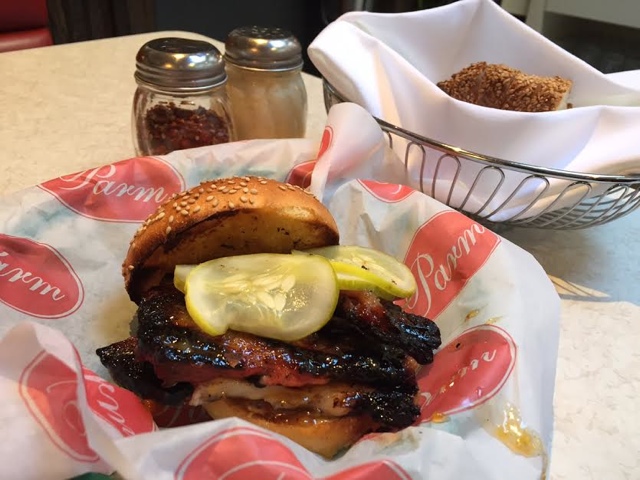 The original Herbie's version uses sliced char siu/Chinese barbecued pork, but the Parm rendition takes it to a new level with the pork belly, which is slow-cooked, then thickly sliced and finally grilled. The fat pieces of, well, bacon are succulent, and the grilling give it that charred flavor. The other ingredients also help balance the pork's richness well.

It is messy, but it's worth every bite.