Oh, Deer: Your Guide To Eating Venison In NYC

You wouldn't know it to look around New York City, but across the state, including in Westchester and Suffolk counties, deer hunting season has opened for bow hunters, and way up north, for people using guns. Within a few weeks, people across the state—outside of the New York metro area—will have guns a-blazin' as well, and when all is said and done, hunters are likely to kill around 200,000 deer this season.

This is actually good for the environment, given that white-tailed deer lack natural predators in much of today's U.S., including New York, and are massively overpopulated, contributing to the defoliation of forests, with cascading impacts on biodiversity. Hence, the meat from deer hunted in New York is about as sustainable and local as it gets.

And yet, due to state law prohibiting the sale of hunted venison, the meat is extremely hard to come by, unless you have a hunter friend upstate.

Venison is an acquired taste—it is extremely lean and can carry a powerful flavor—and there's a learning curve to cooking it. But when done right, it can be delicious, and in stews, roasts, and other hearty forms it is a great cold-weather main course. It's also low in fat and high in iron and protein, compared to other red meats. Some conservationists are pushing to allow limited commercial deer hunting, but in New York for the time being, hunted venison is almost exclusively an upstater's treat. It's not entirely off the menu for city dwellers, though. 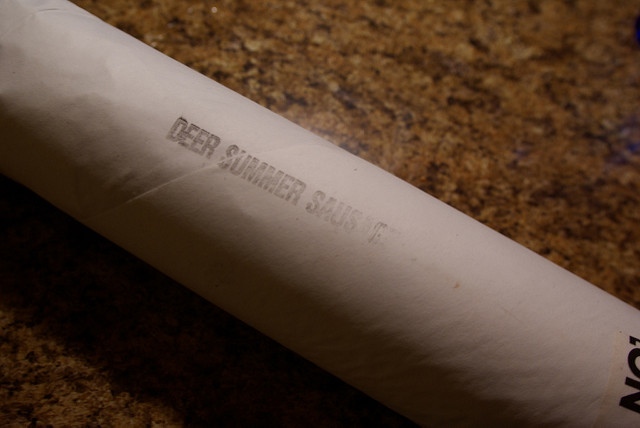 Under current law, the meat of hunted deer has to be clearly labeled at all times, and can only be given as a gift. (Paco Lyptic/Flickr)

Venison is available at a handful of restaurants in New York City, which source the meat from deer farms serving a niche market of gourmands. Perversely, much of the commercially available venison in the U.S. comes from farms in New Zealand—that's where Arby's is buying venison to serve for a limited time on sandwiches in deer-hunting areas of the U.S. in the next few weeks—and to a lesser degree, the Midwest. Three exceptions are The Monarch Room in the Meatpacking District, Rouge Tomate in Chelsea, and Sauvage in Greenpoint. These eateries source their venison from suppliers upstate, and like their deer-serving counterparts elsewhere in the city, their dishes don't come cheap.

At The Monarch Room on West 15th Street, the grilled venison from the town of Millbrook comes as part of a mixed grill entree that also includes lamb chops, sausage, and vegetables, and will set you back $72. Nearby, on West 18th Street, Rouge Tomate serves up its venison with beets and butternut squash for $35.

At Sauvage, on Lorimer Street facing McCarren Park, the venison is served as a tartare appetizer with horseradish, pickled beets, and cheese. It runs $16.

The other venison options in the city are equally highbrow. They include the New Zealand restaurant The Musket Room in Nolita, where the New Zealand red deer seasoned with gin botanicals is a popular entree ($36). The buttoned-up Gotham Bar and Grill in Greenwich Village is offering a venison roast with butternut squash, red cabbage, and artichoke as part of its Thanksgiving prix fixe dinner ($165). Dovetail, across from the American Museum of Natural History on the Upper West Side, also serves venison as part of a tasting menu, as a tartare appetizer with lentils and saffron ($145).

At Daniel, on the Upper East Side, roasted venison loin is a main course option as part of a prix fixe dinner ($142), and fallow venison will be a centerpiece at the restaurant's annual game dinner on November 11th ($395). Owner Daniel Boulud has paid out to settle lawsuits alleging that he discriminated against nonwhite employees, and more recently, that he stole wages from his workers, if that affects your fine-dining decision-making at all. 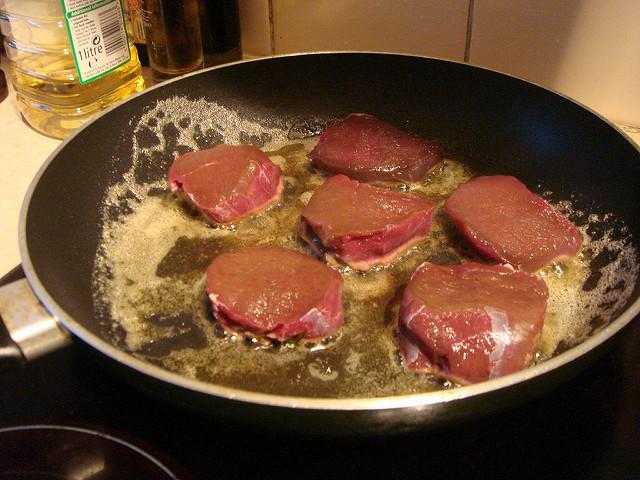 Cooking your own venison is definitely the cheapest option around these parts. (cormac70/Flickr)

If you're looking to eat some venison locally without dropping quite so much scratch, you're not entirely out of luck. There are a smattering of deer farms in New York state. Some exist solely as elaborate preserves for lesser hunters to shoot fenced-in game. Raising deer for breeding and for hunting products (like deer pee for bait) is another popular angle, but a few actually slaughter the deer and sell the venison. Of the farms that raise deer for meat and sell to individual consumers, the only one with a functioning online store is Highland Farm in the Columbia County burg of Germantown.

The place is pretty interesting: the owner is a former Bronx Zoo mammal curator, and he also raises and sells ostriches, emus, bison, and mouflan, which are ancestors of domestic sheep, and makes custom hydraulic restraints for exotic animals as large as giraffes and hippos, and sells the devices to zoos. In the venison department, the farm offers steaks, medallions, cutlets, ground venison, patties, and what has to be some of the most gourmet pet food available (it comes as frozen raw ground meat blended with produce, for $10 a pound). The stuff ships via FedEx or UPS in insulated boxes with freezer packs. You can order online, but the farm recommends that people call first to check on availability.

Deer farms have to have fences at least eight feet tall to keep the animals in. (Highland Farm)

In a pinch, there is also D'Artagnan, the distributor that supplies New Zealand venison to many of the New York restaurants that serve it, and which has its own online store.

Venison comes in a lot of forms, and there are a lot of ways to cook it—roasts, steaks, burgers, and stews are all ready options—but as someone with an upstate connect, I'll share these three fundamentals: One, if you have the time, marinating venison overnight in milk will take out some of the gaminess that can be off-putting. Two, venison is lean and doesn't produce grease the same way beef or pork does, so be sure to cook it in something—butter and, depending on the situation, canola oil will do the trick. Three, venison gets tough quickly past a certain point, so it's best to err on the rare side.

Here's a tutorial on one way to go from chef David Santos of the now-closed Portugese-infused American restaurant Louro: