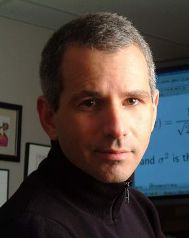 The incoming president of the Obesity Society has resigned amidst controversy surrounding his work on behalf of the restaurant industry. Last month Dr. David B. Allison (pictured), a professor of biostatistics and nutrition at the University of Alabama, drew fire from colleagues when he submitted an affidavit questioning the city’s new rules requiring chain restaurants to prominently display calorie information on their menus.

The Obesity Society supports the requirement, which will go into effect at the end of the month but is being challenged in court by the New York State Restaurant Association. In his affidavit, Dr. Allison insisted there was no evidence proving any positive effects of calorie labeling on diners. He was paid an undisclosed sum for the work.

In his resignation statement, he wrote, “While I stand behind the scientific statements I made, my right to make them, and the manner in which I made them, I realize now that participating in this case while in the presidential sequence was a serious political error.” Dr. Allison's presidency had also been criticized because of his past consulting work on behalf of Frito-Lay, Kraft Foods, Coca-Cola and numerous pharmaceutical companies.

The Obesity Society is now drawing up some ethics guidelines and casting again for a president; Colonel Sanders and Ronald McDonald are among the top candidates.

#calorie
#chain
#colonel sanders
#david
#fast food
#kraft foods
#law
#new york
#new york state
#obesity
#president
#Resign
#restaurant
#restaurant association
#restaurants
#ronald mcdonald
#rules
#society
#the city
#While I
Do you know the scoop? Comment below or Send us a Tip
A new Gothamist is coming! We’ve moved comments over to our beta site. Click here to join the conversation and get a preview of our new website.