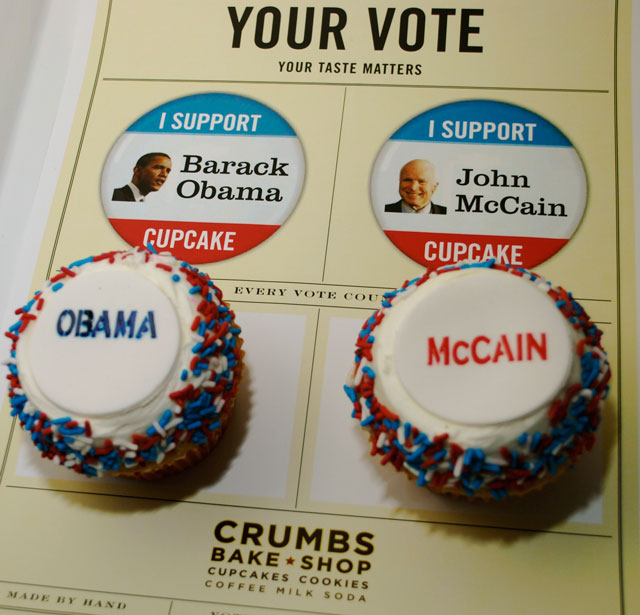 The people at Crumbs are giving away 1,000 free cupcakes today at each of their locations (and free cupcakes all day Friday). Following Zaro's lead--they're using baked goods to conduct a delicious poll. They tell us there will be an “official count posted...and while it won’t be a scientific poll, it should shed some interesting light on neighborhood leanings."

The grand total as of earlier today is 293 for Obama, and 75 for McCain. So there you have it, Obama's already cleaned up at 7-Eleven, and now he's got the cupcake consumers behind him too!

#barack obama
#crumbs
#cupcakes
#john mccain
#poll
Do you know the scoop? Comment below or Send us a Tip