We're a month away from The Vendy Awards—NYC's Premier Street Food Competition—which is returning to Governors Island on Saturday, September 16th!

Vendors will compete for the coveted Vendy Cup, along with Rookie of the Year, Best Dessert, Best Market Vendor, and Bad Hombres for the best taco truck, which will all be judged by a panel of celebrity judges. The popular People's Choice Award will be determined by the crowd's vote. A preview of some of this year's vendor's includes Rookie's Kelvins, Stuf'd, and Harakuki Sushi and Crepe, amongst many more. 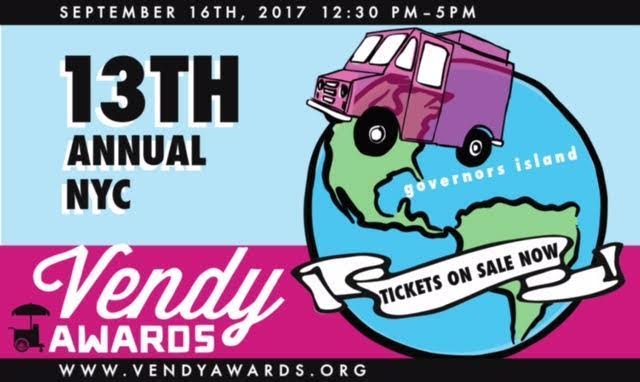 Tickets can be purchased here for the nation's original and most beloved street food showdown on September 16 at Governors Island.

The Vendy Awards are an annual event to benefit the Street Vendor Project at the Urban Justice Center, a membership-based organization that provides advocacy, business support and legal services for thousands of street vendors. The money raised by the events supports its organizing and advocacy work to promote street food and support the people who sell it.

#sponsored post
#the vendy awards
Do you know the scoop? Send us a Tip