Earlier this year, the Department of Health and Mental Hygiene announced that it would begin ordering all restaurants and bars in the city to stop selling CBD-infused products, citing an FDA ruling from December saying that it is "unlawful to add CBD to food or drink." An initial rollout of the new policy was halted after many businesses were caught off-guard by the sudden change in policy, and the embargo was delayed for several months. But as of Monday, the CBD edibles ban has officially gone into effect.

"The Health Department is responsible for promoting the safety of the food available to New Yorkers," the DOH said in a statement. "The U.S. Food and Drug Administration has advised that it is unlawful to add cannabidiol (CBD) to food or drink. We have been informing businesses in New York City that may sell food and drink about this regulation to help them achieve compliance."

Health inspectors will now be authorized to look for CBD food-and-beverage products as part of routine food safety inspections. The Health Department says that any such products will be embargoed—but they will not be issuing violations subject to fines until October 1st. After that date, it will be considered a violation code 04H for adulterated foods; fines for it range from $250-600.

Earlier this year, the Health Department ordered at least five restaurants to stop using CBD products. One of those restaurants was Fat Cat Kitchen—co-owner CJ Holm told Gothamist that during a routine inspection, she had about $1,000 worth of CBD edibles "embargoed" inside baggies like the one up above (they did not ask the restaurant to destroy or throw out the products).

"They seemed very confused," Holm told Gothamist. "They had no information about CBD to begin with. So they're looking for and asking questions about things they don't understand." She added, "They made statements that weren't true, they didn't explain what the issue was, they didn't take the CBD, they just put it in a plastic baggie...It was so random and arbitrary and unclear what we had done wrong."

CBD is one of more than 80 naturally occurring active compounds found in cannabis plants, but it lacks the psychoactive tetrahydrocannabinol, a.k.a. THC, the compound which gets people high. Last year, the increasing popularity of CBD led to numerous local restaurants and bars embracing the trend and incorporating CBD products into their food and drinks. That included by Chloe, the chic vegan restaurant and sweets purveyor, which launched its own CBD-infused product line of sugary confections (which has since ended), and Adriaen Block, a full-on CBD-focused cocktail bar and restaurant in Astoria.

City Council speaker Corey Johnson said he thought the DOH move was an "overreaction," and City Council member (and Health Committee chair) Mark Levine told Gothamist he is working on legislation to prevent the ban from reaching the violations stage in October.

"When DOH announced it was moving ahead with their embargo of CBD I was very concerned about the impact and confusion it would cause on small businesses and their customers,” said Levine. "DOH abruptly shifted policy on CBD without a clear process or reasoning behind it when it announced the ban. Now in light of the movement in Albany on potentially regulating CBD, DOH’s ban seems like it is even more premature. The ban should be reconsidered until the Governor makes a decision on the current state bill and give the City Council the opportunity to consider how to move forward with regulation on the City level."

In the meantime, local business owners remain somewhat confused about the legal lines, since CBD is still technically legal as its own product. The owner of Come Back Daily told NY1 he had scrapped plans for a cafe selling homemade treats because of the new rules, but would continue selling regular CBD products at the stores.

A few business owners Gothamist spoke to said they would respect and abide by the new rules, but planned on finding loopholes so they wouldn't have to stop selling the product. Giannis Houmis, who opened the CBD-friendly cafe Buds and Beans in Brooklyn earlier this year, told Gothamist he would stop offering his customers CBD-infused shots with their coffee, but will keep selling individual CBD products on the side for customers to mix into their drinks on their own.

"I’m going to work around the system to sell the CBD as a tiny dose on the side," he said. "I don’t understand why New York wants to make it so complicated...especially when it’s something that can’t hurt you." 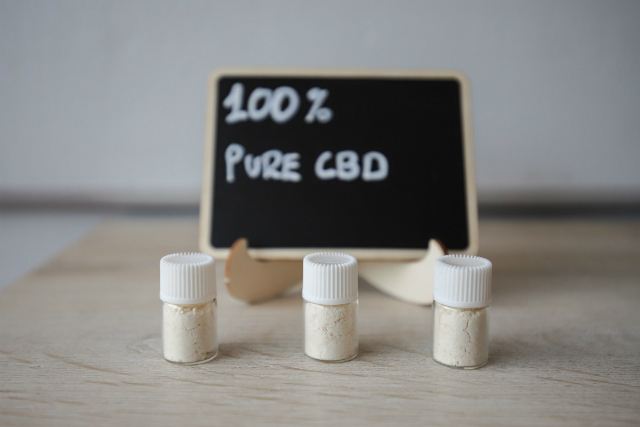 According to the DOH, as long as such CBD products are not specifically "marketed for human consumption (food/beverage product)," they do not fall under the ban.

#cbd
#department of health
#doh
Do you know the scoop? Comment below or Send us a Tip