New York City certainly isn’t lacking for romantic restaurants, but finding the perfect match of food, ambiance and price can make falling in love seem like the easy part. With Valentine’s Day around the corner, we’ve rounded up some of our favorite destinations for romantic rendezvous of any occasion—from a 10th anniversary splurge to a first real date with a longtime Tinder hook-up, and everything in between. Whether you prefer riverside or fireside, splitting a stew in a back alley or a cocktail under the High Line, consider these options when planning a special night with your special someone. 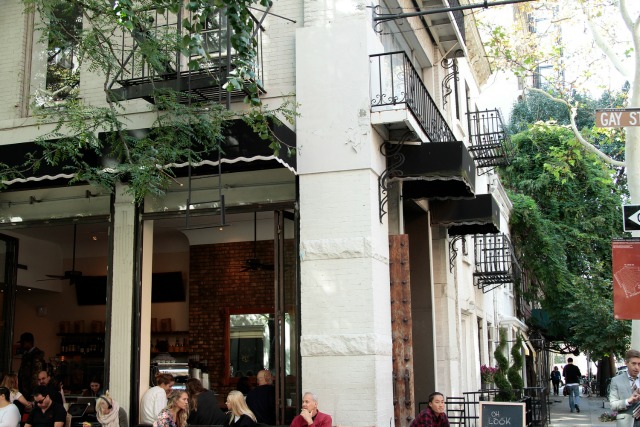 DOMINIQUE BISTRO
With floor to ceiling windows, an underground piano, and authentic-yet-eclectic French cuisine, this cozy little bistro has all the trappings of a great date spot. Another newcomer on the restaurant scene, Dominique Bistro arrived at the grid-defying intersection of Christopher and Gay Streets in the West Village—Manhattan’s most Parisian neighborhood, and thus it’s most romantic—back in 2015. Since then, the restaurant has wooed couples and loners alike with its classic—and affordable!—menu. We recommend starting with some Chicken Liver Mousse ($11) or French Onion Soup ($12), before moving onto the heartier entrees, including Squid Ink Linguine with peekytoe crab ($27) or Choucroute Garnie, served with three kinds of sausage and smoked duck breast for good measure ($32).

Dominique Bistro is located at 14 Christopher Street in the West Village (646-756-4145, dominiquebistro.nyc) 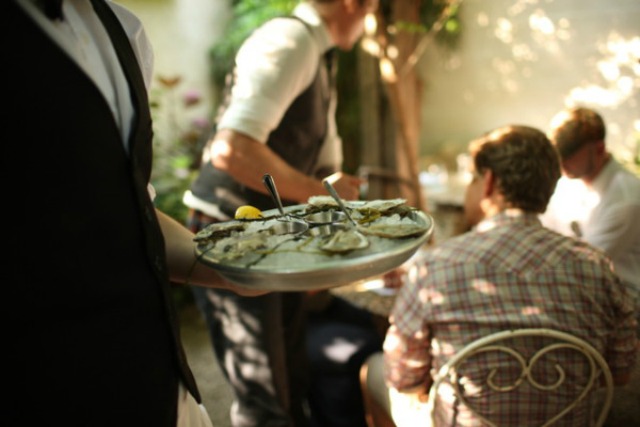 MAISON PREMIERE
The fact that oysters are an aphrodisiac is such an old chestnut that it’s almost not even worth mentioning (turns out, old chestnuts may also be an aphrodisiac). But it’s true, just as it’s true that Maison Premiere in Williamsburg serves some of the best dollar oysters (weekdays, 4-7 p.m.) and absinthe cocktails in the whole shucking city. They’ve got a marble-topped horseshoe bar, a gorgeous wisteria out back, and a talented crew of shuckers eager to help. While your there, impress your date with some lesser known shellfish trivia: the city is currently in the midst of planting 50,000 oysters in Jamaica Bay, the "largest single installation of breeding oysters" ever. 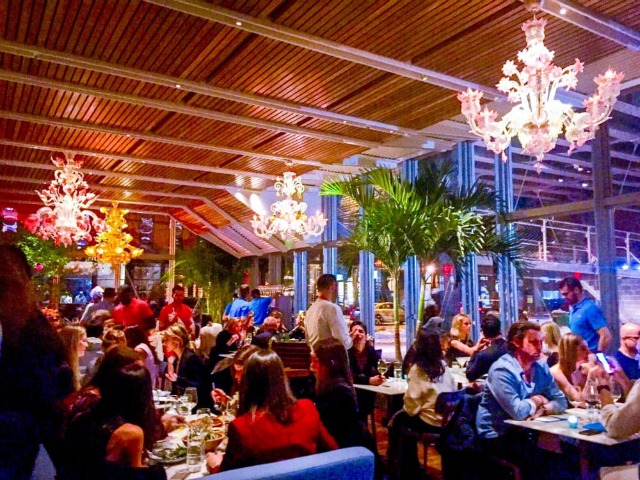 SANTINA
Since its opening just two years ago, Santina has quickly become one of the west side’s go-to spots for prime Italian seafood. Located in a three-sided glass box just under the Gansevoort entrance to the High Line, the pastel-colored restaurant has a number of small plate offerings, from Tuna Carpaccio to Chickpea Pancakes. That sun-kissed beach vibe, combined with its extensive selection of Tropical cocktails—try the pineapple-banana-cinnamon Maganelli punch—will transport you from the doldrums of winter to the beach towns of coastal Italy. And when you do eventually head back out into the dark streets of Manhattan, you’re just a few steps from the High Line and the Whitney Museum—both great options for keeping the night going. 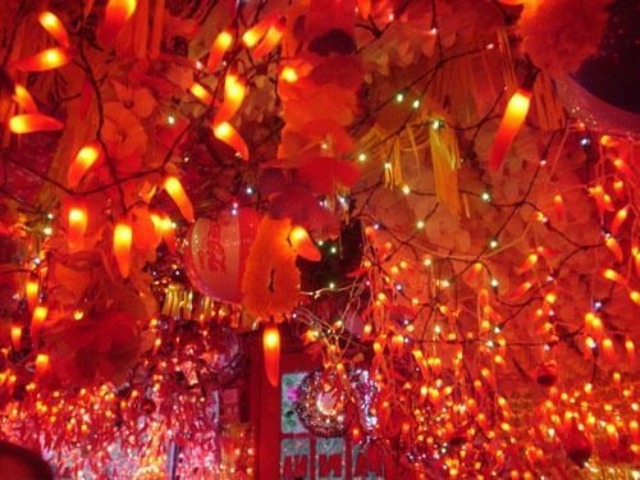 PANNA II GARDEN
Some people might try to tell you that dirt cheap Indian comfort food served at a critically panned East Village dive does not qualify as a romantic dining experience. Do not listen to these rich people, with their distorted ideals of courtship and samosa.

At Mr. Kahn’s Panna II, intimacy is a built-in feature, as the tiny space is so stuffed with dollar store trinkets and perennial Christmas lights that there is hardly room to eat. And while the food runs the gamut from fine to pretty good, the beverage selection is quite literally endless—so long as you remember to pick up wine beforehand. And finally, allow me to direct you to the official website, which, while lacking a readable menu, features a delightfully candid retelling of how Mr. Kahn’s original four partners all abandoned the business back in the 1990s. Intimacy, flexibility, honesty—the three pillars of romance—make Panna II a perfect choice for casual date night. 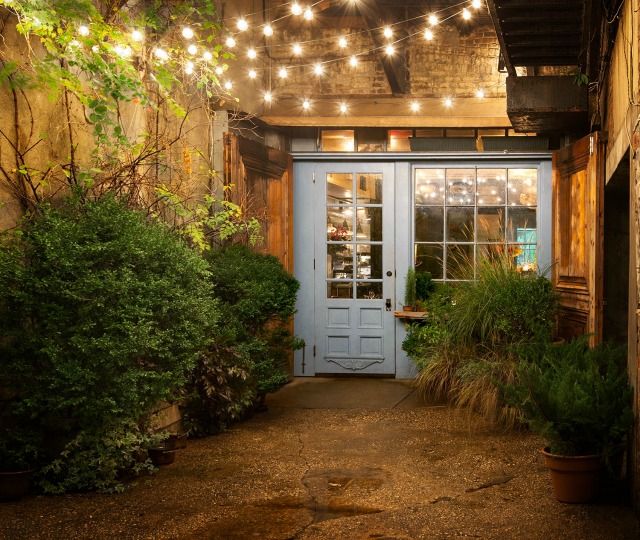 The issue of the ever-sanitizing LES notwithstanding, Freemans—owned by Rusty Knot, Isa, and Freemans Sporting Goods proprietor Taavo Somer—has earned a reputation for its retro chic vibe and creative take on simple tavern fare. The taxidermy-covered walls and back alley location won’t appeal to everyone, but if you and your date are carnivores looking for something hip, low-key, and delicious, this might be your best bet. Dinner options include the Hunter’s Stew with elk, boar, and venison ($32), while brunch-goers agree that the thick-cut bacon ($8) is not to be missed.

Freeman's is located at the end of Freemans Alley off Rivington Street between Chrystie and the Bowery on the Lower East Side (212-420-0012, freemansrestaurant.com) 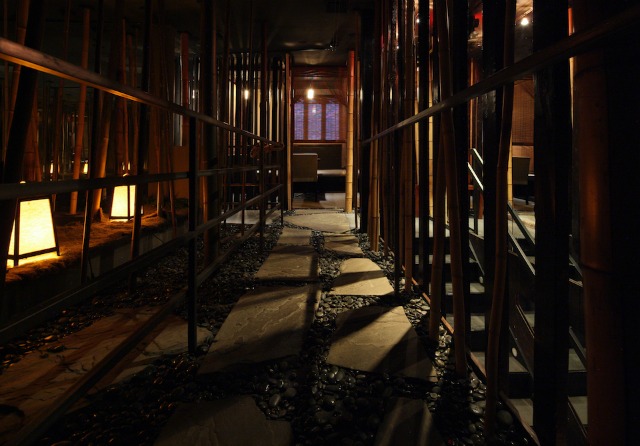 ZENKICHI
Like all true paradises, Zenkichi is hard to find, marked only by a dim red light above a wooden door in the northern reaches of Williamsburg. Once inside, you’ll find a shadowy stone walkway leading into a three-story den of romance, where you and your date can sit in a private booth curtained off by bamboo blinds—a perfect answer to the question: What if fine dining, but without all the other people?

In addition to its charming intimacy, Zenkichi is home to one of the city’s best izakaya-style small-plate menus, featuring a seasonal selection of seafood and vegetable options like Grilled Saikyo Black Cod ($14) and Maguro Carpaccio ($17). There’s also the eight-course omakase (chef’s choice), which will run you a comparatively affordable $75 per person. 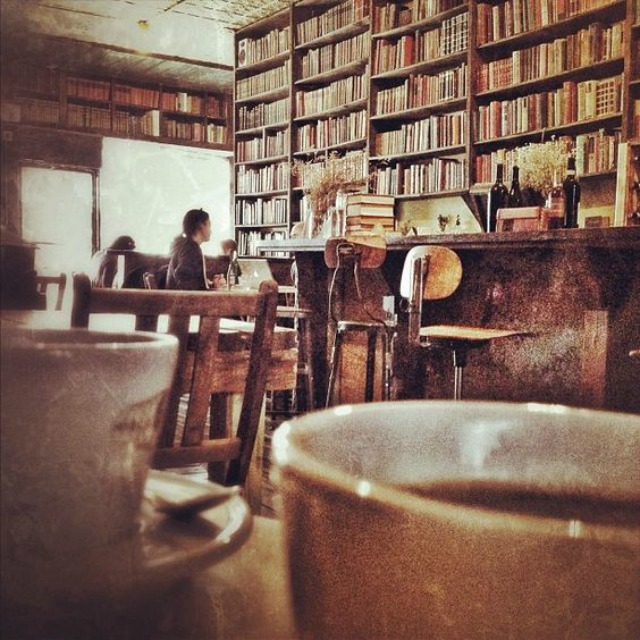 MILK & ROSES
Channel your inner Casanova at this Greenpoint mainstay, which features a secret outdoor garden, baby grand piano, and shelves of antique books. The seasonal menu—described as “American Cuisine with a Southern Italian influence”—has something for everyone, from free-range Amish chicken ($19) to a host of fresh vegetable dishes, all of them beautifully plated. The real experimentation of Milk & Roses, however, comes through the bar. The Smoke and Mirrors, made with Dewars, Montenegro, lemon, and egg white is a favorite among regulars, while the eponymous offering somehow manages to taste like its namesake (+ Bourbon!) in a way that's surprisingly quenching. 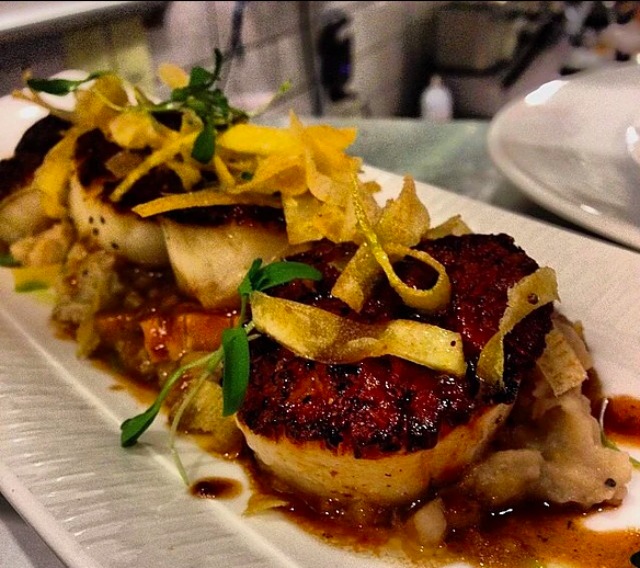 BLEND ON THE WATER
Earning a solid rep isn’t easy in restaurant-rich Queens, which makes the rapid rise of this Long Island City locale, opened back in 2014, all the more impressive. Part of that success owes to Blend’s stunning views of the East River and Manhattan skyline, though the wide-ranging Latin fusion menu is praise-worthy on its own. The ten foot tall windows mean you and your date can take in the sunset from any seat in the house, and we’d recommend you do so over a bowl of Chorizo Mac & Cheese ($12). Afterward, enjoy some Venezuelan-inspired Lobster Tequenos ($15) under dim-lighting, supposedly kept just dark enough for diners to appreciate the full beauty of the shining Manhattan skyline. 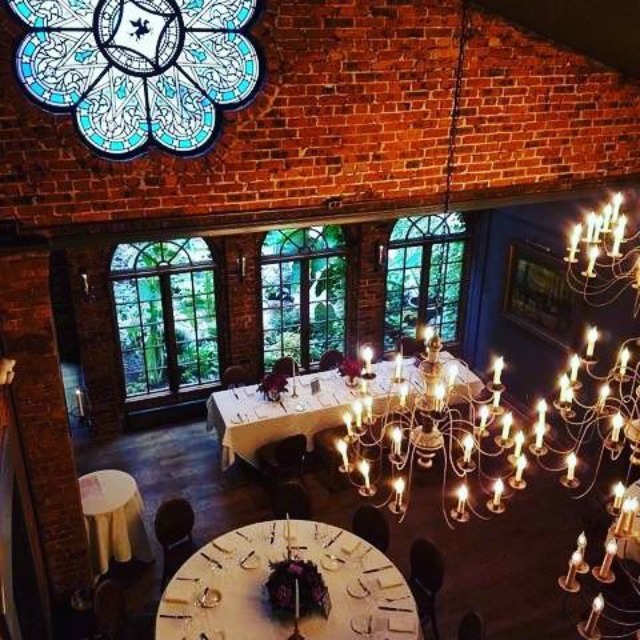 one if by land

ONE IF BY LAND, TWO IF BY SEA
Here’s a true story: Back when I was in high school, I saved up some tips from barista-ing to take my then-girlfriend to this place during Restaurant Week. I’d worn a hideous green shirt for the occasion, I remember, and on the way in we noticed one of those giant caterpillars hanging to a nearby tree, so we took a flip-phone photo of it next to my matching oxford. Then we went inside, ordered our food, and talked, probably, about the new Bon Iver album (2007 was not really so long ago). Right as our food arrived, the women next to us started screaming and gesturing wildly toward our table—“a bug, a bug ahhhh.” Turns out, we’d brought our creepy-crawly friend in without even noticing! I’m not really sure what the ethical move is here, but we decided to feign ignorance. The waiter apologized repeatedly, and offered complimentary dessert to all of the nearby diners.

Anyway, this restaurant has a gorgeous brick interior, ample seating, a crackling fireplace, and one of the best reputations in New York. Also: free dessert if you BYOBug!

#best of gothamist
#romantic restaurants
#valentine's day
#original
Do you know the scoop? Comment below or Send us a Tip
A new Gothamist is coming! We’ve moved comments over to our beta site. Click here to join the conversation and get a preview of our new website.