On Saturday, the NYC Wing Crawl saunters through five Manhattan barstaurants with a goal of consuming vast quantities of cluckers and raising money for two institutions threatened by Trump's America. The crawl kicks off at wing institution Blondie's on the Upper West Side at noon, then follows a casual path down to Hill Country on West 26th Street. For every 10 wings sold at each stop (mention "Wing Crawl" when ordering), the restaurants will donate $1, with proceeds benefiting Planned Parenthood of New York City and NRDC (Natural Resources Defense Council). Sales of branded wet naps ($.75) will also be split between the two organizations.

Williamsburg's home to a new hotel called, fittingly, The Williamsburg Hotel, where they're doing a Brooklyn High Tea Fridays through Sundays from noon until 5 p.m. in their luxuriant sunken lobby bar. They're pouring single origin teas cultivated in Japan, Korea, China, Taiwan, and India, along with sweet and savory treats likes scones, breads and sandwiches made from flour milled by chef Adam Leonti, who started the Brooklyn Bread Lab pop-up. 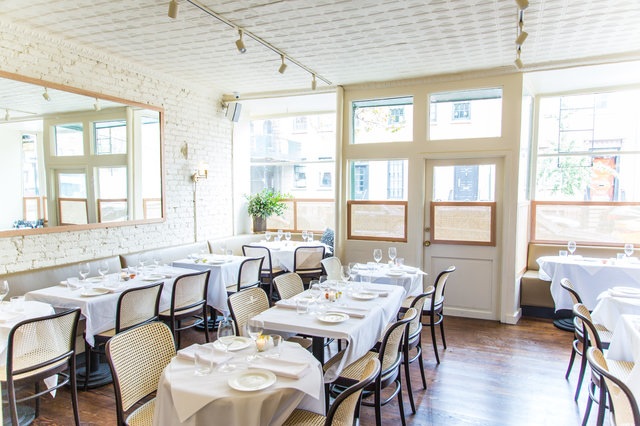 The Vegan Shop-Up celebrates its seventh anniversary this Saturday with another encampment at the Pine Box Rock Shop in Bushwick. As always, they'll showcase a dizzying area of cruelty-free snacks, including comfort foods like grilled cheese, cookies, doughnuts, pizza, empanadas and peanut butter cups, alongside vegan beauty products and trinkets. As per usual, the bloody mary bar will be in full swing.

Restaurants have been making Sunday a destination dining date of late, and charming SoHo newcomer King is the latest to do so. This weekend they're launching Sunday Lunch, an English tradition shared by some of the restaurant's staff, featuring big crocks of hearty food like stews and roasts to be shared by the table. Email info@kingrestaurant.nyc to reserve a table between noon and 2:30 p.m. on Sundays.