Faced with numerous hurdles, NYC's Department of Sanitation has shelved expansion of its curbside organics recycling program, which currently serves 3.5 million residents. The program was originally scheduled to serve all New Yorkers by the end of 2018. Kathryn Garcia, the DSNY Commissioner, announced the news in a NYC Council Meeting on May 18.

"We believe that for the program to be successful over the long term we must ensure New Yorkers are getting the very best service when curbside organics collection reaches their neighborhood," Garcia said. "To achieve this, the city is evaluating its current service with the goal of increasing efficiencies and streamlining the program."

Garcia also explained that this will not affect any of the residents in the 24 community boards currently served with curbside organics recycling and collection.

The commissioner also mentioned in her statement that in the ensuing months they are working on continuing "intensive outreach" in the neighborhoods being currently served in order "to grow participation." 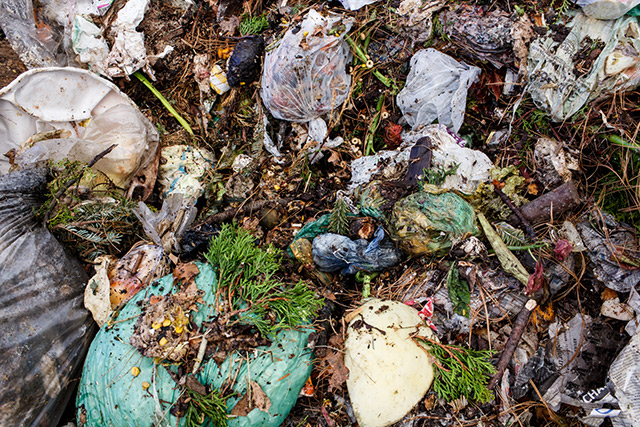 One of the program's fundamental flaws so far is that only 10.6%* of the organics waste produced by residents in the program is getting collected, according to the Department of Sanitation's own numbers for fiscal year 2017, which ended in June 2017. The other 89 percent of their food scraps and yard waste doesn't even get sorted as organics waste, which means it ends up in landfills alongside all other trash.

(There is currently no definitive reason as to why the number of organics waste that is recycled is so small, but possible factors include lack of education about what goes in the bins, or residents not incentivized to properly separate recycling.)

When speaking to residents in the neighborhoods like Williamsburg, Greenpoint and Sunset Park, who have had the program for more than half a year, many were perplexed about what goes in these brown bins.

Some residents didn't even use it at all. Others thought it was for paper, cardboard, while others used it to discard their glass bottles. Here, for example, are the non-compostable contents of a brown bin recently spotted in Williamsburg: 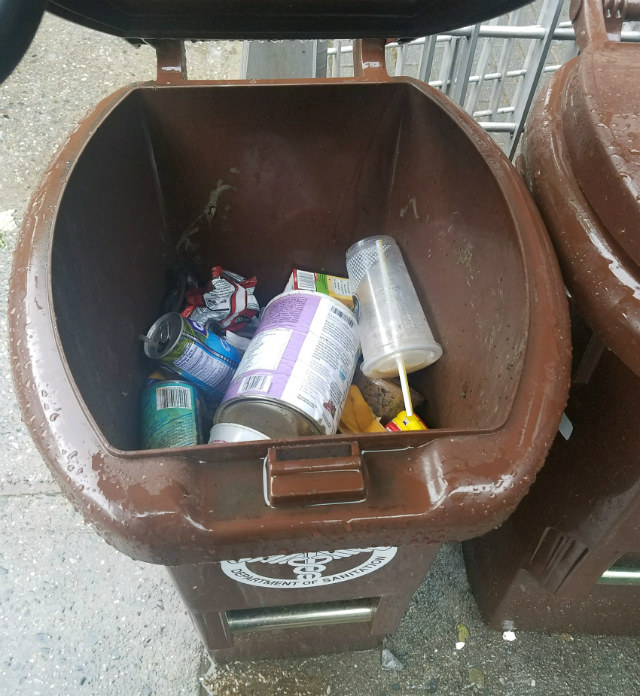 The nation's largest organics program was initially created as a part of the city's plan to send Zero Waste to landfills by 2030.

The initiative was first introduced under former Mayor Michael Bloomberg in 2013 and the program was later expanded under Mayor Bill de Blasio.

Today, the program now reaches parts of all five boroughs where the small brown bins, specifically meant for food scraps and yard waste, are found next to the regular trash and recycling cans.

There are currently two ways organics waste can be collected: Drop off-sites and curbside pick-up. Neighborhoods in Queens, Brooklyn, Staten Island and certain community boards in the Bronx were automatically enrolled and their buildings received one of 334,600 brown bins with a flyer and kitchen pail attached. 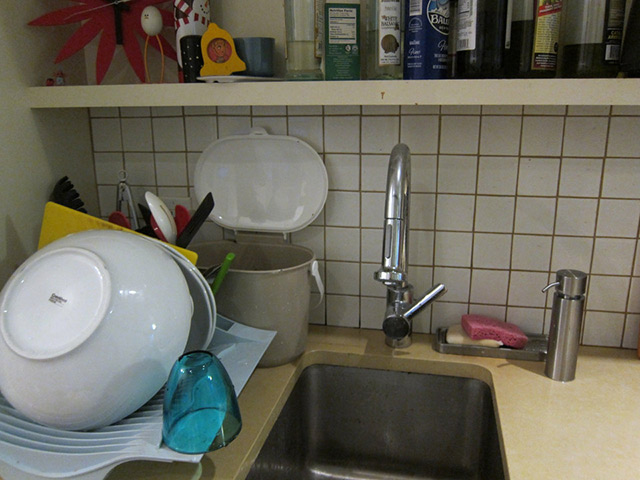 The composting pail, to the left of the sink, given to residents (Scott Lynch / Gothamist)

Manhattan and Community Boards 1-7 and 9 in the Bronx are under an opt-in system, where they will only receive the brown bins if their landlords request them. For those buildings that are enrolled, the waste is then picked up at least weekly by sanitation trucks. All participation is voluntary and currently there is no fine if residents don't participate.

The city's plan to expand to the remaining community boards who have not yet been included in the program will be on stand-by until the department releases an updated expansion plan.

* Correction: Because of inaccurate data and a calculation error, an earlier version of this article incorrectly stated that “about 3% of the organics waste produced by residents in the program is getting recycled.” The correct number is 10.6%.

The miscalculation occurred because only publicly available data was used and a mix of fiscal and calendar year 2017 data were mistakenly used in the calculations. The Department of Sanitation has calculated a correct capture rate in response to this article.

We regret the error

#compost
#composting
#recycling
#waste
#original
Do you know the scoop? Comment below or Send us a Tip