In the most decadent of lustful affairs, two of the most widely adored indulgences have gone and created offspring. Brace yourselves for Nutella Cronut Holes.

For one day only next Monday, the two confections unite to create the most viral of pastries since, well, the Cronut. There'll be 2,000 Nutella Cronut Holes being handed out for free from 10 a.m. to 2 p.m. at the Broadway Pedestrian Plaza between 23rd and 24th, not far from the site of last fall's Shake Shack Cronut Concrete hysteria.

Dominique Ansel will be personally bestowing the treats upon the inevitable crowds; organizers aren't sure yet whether it'll be one or two Nutella Cronut Holes per person. Prepare yourself for questionable retrieval methods.

The unholy alliance comes as Nutella's 50th anniversary celebration, which has already enraptured the hungry public in its chocolatey charms. 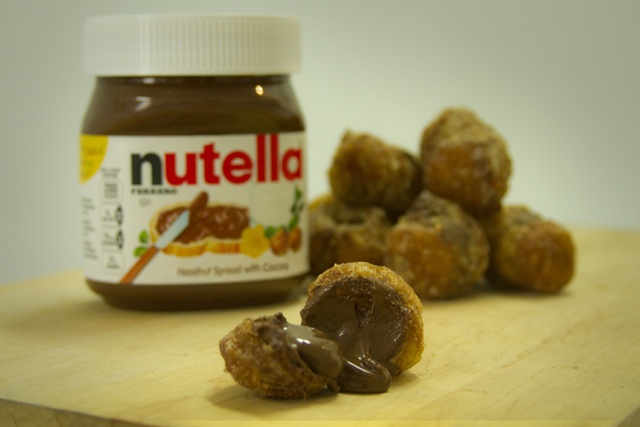 #cronuts
#dominique ansel
#nutella
#original
Do you know the scoop? Comment below or Send us a Tip