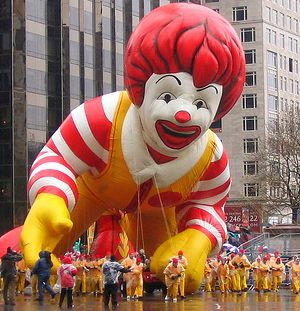 In a lawsuit that’s had more back and forth than John Goodman at an all-you-can-eat Marriott breakfast buffet, a federal appeals court has ruled that, yes, city restaurants with 15 or more establishments nationwide must start displaying calorie information for all foods and beverages. In the meantime, the city has agreed not to issue any fines for non-compliance until July 18th, by which time judges are expected to rule on the National Restaurant Association’s appeal.

The court is also seeking the FDA’s opinion on whether FDA rules permit cities to dictate what restaurants tell customers. The restaurant industry says the rules would violate their First Amendment rights and run counter to the federal Labeling and Education Act, which lets restaurants decide how to present nutrition information, if at all.

But at least one of the judges seems inclined to rule for the city, pointing out that cigarette packages contain health warnings. Judge Rosemary Pooler told industry lawyers yesterday, "If we were to adopt your view, no warnings would ever appear on anything."

Approximately 25% of the restaurants in New York City covered by the regulation, such as Starbucks, are voluntarily complying with the legislation. But last week some wondered how much anyone can really trust the stats they provide – a place like Chipotle says they have a low-cal burrito with 420 calories, but the only way to stay at that number is by eating a tortilla with black beans and nothing else.