Not Your Grandma's Dinner Theater 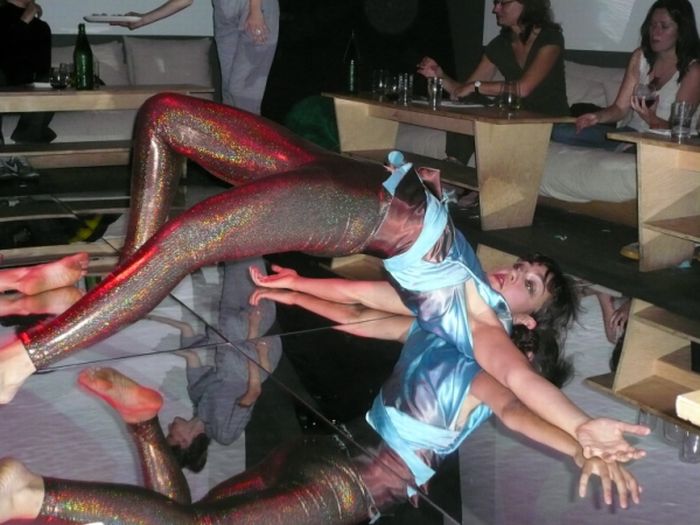 If the ghosts of Timothy Leary and Nam June Paik collaborated with Kraftwerk and some dancers to make dinner theater aboard a spaceship to The Pleiades, it might feel something like OutMigration, the immersive dining/video/performance experience happening at Williamsburg’s Monkeytown through Sunday. $70 gets you an elaborate 12-course tasting menu, with wine pairings, prepared by chef Ryan Jaronik (formerly the executive chef at Boston’s beloved Masa). Before entering the intimate performance/dinner space, our group was cautioned against reading the program to learn what we were eating; the idea was for us to surrender to a bewildering new sensory world without any preconceived notions, man. (Uptight squares and those with food allergies can check the menus here; there are spoilers after the jump.) 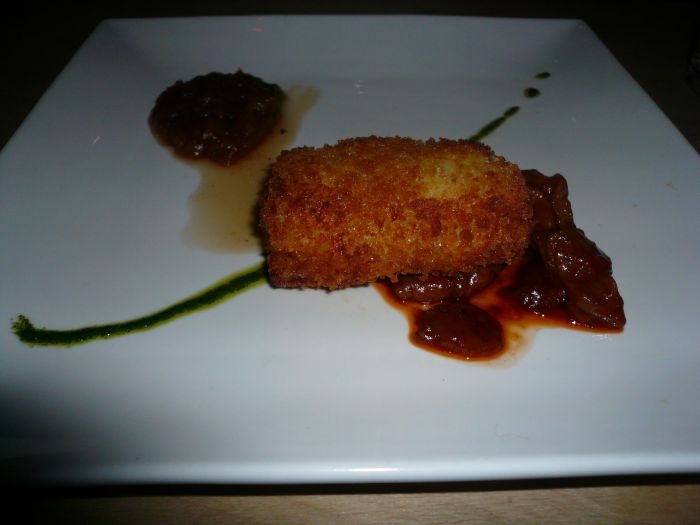 Once inside, the 15 guests sank like decadent Romans into low couches piled high with pillows. On four walls above our heads, animated computer-generated videos were projected, the work of Mogollón, a design studio that’s worked with Fischerspooner and for Absolut, among others. Throughout the 80-minute experience, obscure old torch songs and space-age synthesizer anthems provided the soundtrack for four female dancers, led by Mariangela Lopez, who writhed, leapt and generally freaked out in an swirling kaleidoscope of movement, dressed in futuristic American Apparel tights, and, for the finale, sank to the mirrored floor in a cloud of ruffled tulle. Though verging on chaos, the physicality of the dancers was so rigorously controlled that the work took on attributes of a 21st century Dionysian ritual; early on a rivulet of blood drizzled, Maenad-like, down one dancer’s foot. 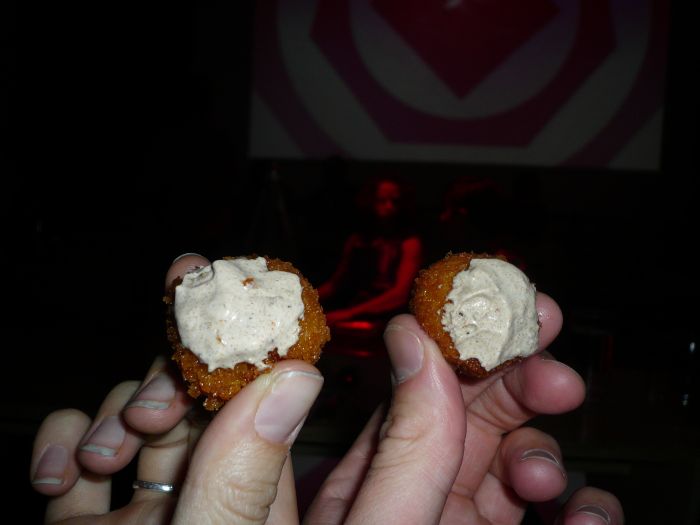 What tied the evening together was the food, which kept descending, flying saucer-like, from the hands of jump-suit clad servers. We took the trip on a vegetarian night (there’s one more of those, on Thursday) and were particularly enamored with the dish (pictured above) comprised of fried mac ‘n’cheese, applesauce and the most succulent barbecued seitan this side of Saturn. The pumpkin and goat cheese croquettes, pictured left, were nothing but gooey goodness, and Jaronik’s pecan albondigas with romesco and a sharp manchego was a holy marriage of bold flavors and tasty texture. Less transcendental was the tofu pot pie, which beneath the crispy crust had the consistency of goopy soup and an unremarkable flavor – though that one mundane dish could hardly stop our group from migrating far out of this world. 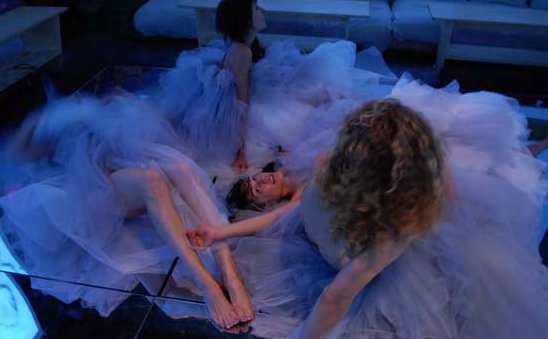 #american apparel
#boston
#design
#dining
#food
#once
#The Program
#theater
#video
#williamsburg
#wine
Do you know the scoop? Comment below or Send us a Tip
A new Gothamist is coming! We’ve moved comments over to our beta site. Click here to join the conversation and get a preview of our new website.