No Such Thing as Too Much Truffle 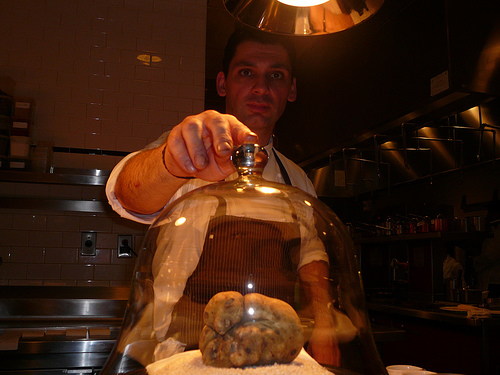 The massive $7,000 truffle acquired by Le Cirque owner Sirio Maccioni sits vulnerably under glass just steps from the restaurant’s doors. But Mauro Maccioni, who helps run the place with his brother Marco, says he’s not worried about any truffle-burglars scrambling off with the famous fungus. “They’d never make it. But that reminds me – my father was one of the first people to bring truffles to New York; he tells a story about a well-known restaurant critic who picked up a truffle and wondered why we had an Idaho potato on display.”

Taking note of our truffle obsession, Mauro invited us in for a truffle tasting. We had hoped to sample the big boy by the door, but it still remains unshaved – Mauro said he’s holding out for “a party of sixty to fly in on a Learjet and take it all for themselves.” But his funny, gregarious brother insisted there was no discernible flavor difference between the giant truffle and a smaller one being served; what really matters is firmness, not size. Ahem. 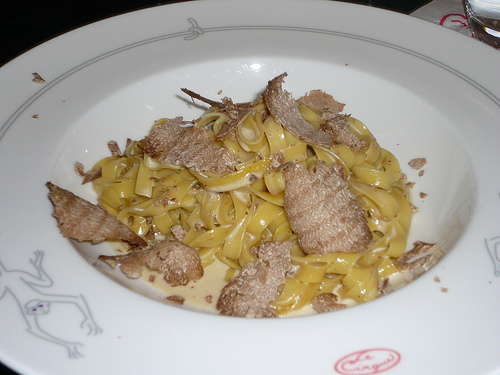 While we tucked into a plate of pasta piled high with truffle shavings, Marco conducted an entertaining and edifying tutorial on the delicacy and the “romantic fanaticism” that surrounds it. (At Le Cirque, our dish would cost $150, though Marco hastened to point out that other restaurants were charging more due to a dearth of truffles this season.)

The truffle’s earthy flavor was surpassed in potency only by its aroma, which is why Le Cirque’s truffle deliveries pass through the dining area en route to the kitchen. (Less marketable foodstuffs must take the service entrance.) He was hard-pressed to describe the flavor, but the word “sexy” kept coming up; truffles are thought of as an aphrodisiac and, according to Marco, the fragrance is “reminiscent of certain aromas created during romance.” 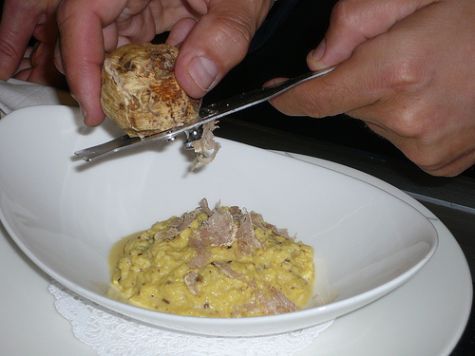 The pasta was finished but Marco was just warming up. He promptly ordered two plates of scrambled eggs and loaded it up with truffle shavings, declaring it his favorite combination. No argument here. The truffle/egg combo was somehow even more succulent than the pasta pairing – we later wandered toward Third Avenue in a daze, wondering how we’d ever go back to egg on a roll.

#food
#le cirque
#new york
#people
#restaurants
#Sirio Maccioni
Do you know the scoop? Comment below or Send us a Tip