"New York Is A City Of No": Why One Bakery Is Trading Brooklyn For Baltimore

Whenever a beloved business closes, the first laments are usually directed at the inhospitable real estate landscape in New York City, where landlords and developers dictate who makes the cut and who gets kicked to the curb. But bakery owner Allison Robicelli wants to make clear that it isn't just obscene rents that make owning a small business here untenable: it's everything. "We can all acknowledge that rent is completely insane in New York City. Rent is always this devil," Robicelli says. "If it's not the rent, what are the other things that we're not talking about? There are articles coming up about different parts of the business and it's all pieces of the same puzzle and nobody has connected them yet."

Allison and her husband Matt made the decision last month to close their eponymous Bay Ridge bakery, say goodbye to all that and move their family and business down to Baltimore (they'll still run a wholesale operation out of NYC). The couple found themselves in the unenviable position of working 70-hours a week just to break even—all at the sacrifice of both their personal income and time spent with their sons and family. Not even creation of a viral dessert makes you immune to the tough conditions under which NYC's small business owners operate.

"Having done this for 15 years, you start to chalk it up to the ebbs and flows of the business, which are natural and they happen everywhere and it's something that you're just used to," says Robicelli. "But you sit down with the numbers and realize that you're not allowed to have ebbs and flows anymore in New York because margins have gotten so tight that there's no room to wiggle anymore." 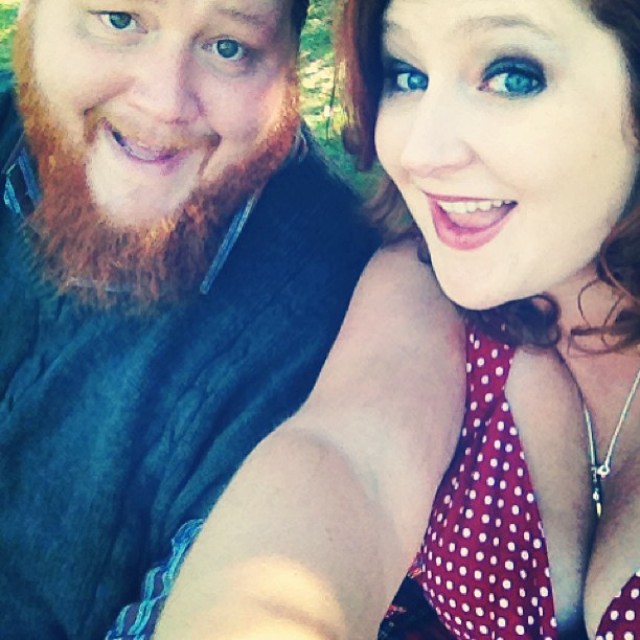 There are myriad obstacles business owners face that aren't quite as obvious as a "greedy" developer gobbling up mom-and-pop shops to erect gleaming retail spaces and condos: payroll (including a looming minimum wage increase); the cost of utilities like water, gas and power; red tape and dealing with city agencies; fines associated with mishaps and mistakes. Plus, smaller items that combine for big money when added together. "People don't understand that word miscellaneous and how much stuff is in miscellaneous."

As a guideline, most restaurants and food service establishments aim for rent to be around 10% of annual sales and food cost shouldn't exceed 30%. Out of that 60% left over after rent and food costs, there's the cost of labor, which Robicelli says used to be 30% but is now going up to 45%. "This is not ideal, this is not good math," Robicelli contends. "But it's our options: Do we want our cooks to stay? Yes. Do we want our cooks to be able to work? Yes. Do we want them to be able to make a living doing it? Yes. The numbers aren't on our side to do this anymore."

On top of that, Robicelli says the cost of living has risen so much in New York City that they've been put in a position of trying to help their employees staying afloat, even to the point of giving their salaries to their employees. "Matt and I would say, 'what do we need to survive?' We don't want to be bad guys and not make jobs and pay our cooks. But it's so hard to afford to do that. What you end up doing is taking it out of your salary and then taking it out of your profits. And you can't keep raising prices on food because people will stop shopping."

We can concentrate on the food- not just margins! IMAGINE THAT CRAP! AIN'T LIFE GRAND!

More vexing than payroll concerns is Con Ed, which Robicelli says "was kind of one of the kickers of why we closed." The couple have been frustrated by what they see as a monopoly on power service in New York City, which puts businesses at a disadvantage when contesting charges or setting up payment plans. "If you go to a meeting of small business owners and you say something about Con Ed, you're going to hear more about Con-Ed than the landlords. There's nothing you can do about it. There's no free market for electricity or utilities." (Con Edison doesn't comment on individual customers, but a spokesperson told us they have been "trying to work with this customer to try and resolve their issues.")

City agencies and the hurdles many businesses must leap over are another source of frustration. "We've gotten a bunch of fines from the Department of Sanitation because on alternate sides parking day, all the cars on the block double park in front of our shop. When that happens, nobody can get out and clean the garbage 18-inches from the curb so then Sanitation comes and they give a ticket to every single business on the block. All of us."

The culture of fining small businesses and attaching expensive requirements for permitting and other work can make owners feel as though they're ATMs for the city, from what some call excessive policing of restaurants by the DOH to the installation of a hand sink that cost the couple $10,000 after acquiring and hiring the necessary permits and persons to get the work done up to city code. "If you see some guy having an ice cream cart in front of his shop? Huge permit! Outdoor seating? Huge permit! If you decide you just want to have a bench in front of your store but somebody decides to pull it out a little bit so it's a little bit over 18-inches off the front? Fine! Massive fine!"

I'm getting phone calls, texts, emails from chefs and business owners all over the city thanking me. Saying they know they're not crazy now.

"I haven't even scratched the surface," Robicelli says of the trials they've faced since owning their businesses. Moving to Baltimore felt like a natural decision, one that the couple says has been a big source of discussion among other people in the industry, who've quietly expressed the same frustrations and desires to leave after their move was made public. "New York now is a city of no. You have this great idea? No, you can't do it. You want to try this out? No. You go to Baltimore and it's a city of, 'Well why the fuck not? Let's try this!' They really, really love their city and it's exciting. It's that energy I felt when I was growing up in New York.

So will New York City ever be a city of yes again? "Maybe. I don't know. I've been here my entire life and I don't know what I was thinking. It won't come back in time for us and it was just time for me to be able to say, 'I probably held on for very stupid reasons.' My reasons for hanging on were that I was born here and I love this place too much."

#allison robicelli
#baltimore
#goodbye to all that
#robicelli's bakery
#small businesses
#original
Do you know the scoop? Comment below or Send us a Tip