Patel's "hydro herbal" hookah menu is tobacco and nicotine free, as required by law, but tasty nonetheless. During a press preview earlier this month, he brought out his "Skittles" flavor for everyone to sample, and it was surprisingly appealing. It's a smooth smoke that's sweet but not too sweet, with none of the synthetic aftertaste or general feelings of shame and despair usually brought on by Skittles. Hookahs range in price from $25-$30. 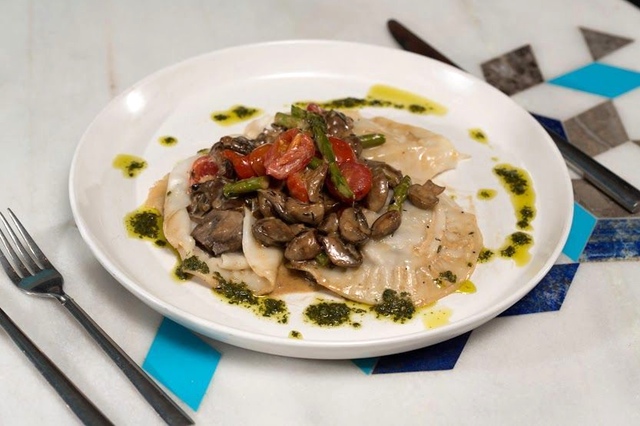 Wobles's menu features an excellent Hummus Mezze platter as well as a very tasty wild mushroom ravioli entree with roasted garlic cloves, spinach and cognac. You'll also find a Lamb Moussaka with layered eggplant and sliced potatoes and pan seared monkfish with ginger saffron broth, among other savory items. From the cocktail menu I'd recommend a Rick's Rita (cinnamon tequila, pineapple nectar, fresh lime, agave syrup, Old Bay) to go with your postprandial hookah; it's a fresh reading on a margarita that balances sweet and spicy with aplomb. 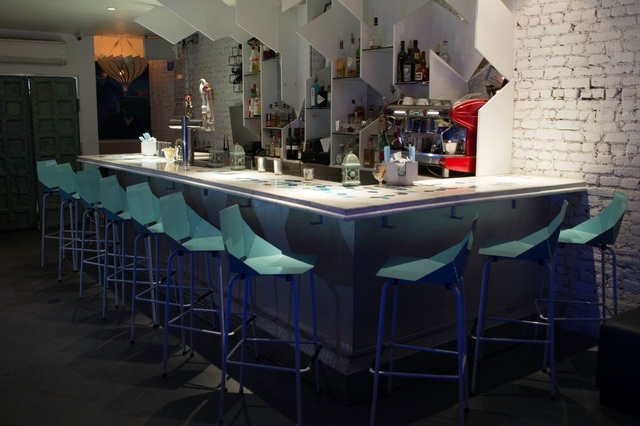 The decor, which alludes to the classic Bogart-Bergman movie after which the establishment is named, feels a bit haphazard and scattershot, but there's something a little refreshing about a new East Village bar/restaurant that doesn't come fully loaded with an overwrought aesthetic Concept. The seating is comfortable and, most importantly, it's warm. What we have here is just a little retreat with communal hookah pipes and decent food at reasonable prices, nothing too snooty.

At the end of March, Patel plans to open Fes Down in the basement space, which he envisions as a more casual lounge featuring a smaller food menu, hookah and music.

#hookah
#hookah bars
#new restaurant and bar radar
#original
Do you know the scoop? Comment below or Send us a Tip