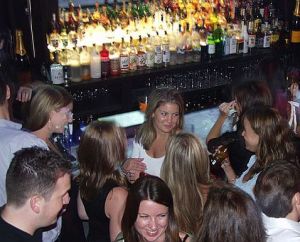 According to its website, Murray Hill's Tonic East “is the most well rounded sports bar in the area, with an attractive scene of locals.” But it seems black was not deemed beautiful by the management: they recently agreed to settle a discrimination lawsuit brought by Attorney General Andrew Cuomo to the tune of $35,000.

Responding to complaints from blacks who say they were denied entrance “based on violations of the unwritten dress code,” Cuomo’s office dispatched two black investigators to Tonic East last September, where they were turned away, ostensibly for wearing baggy pants and sneakers. But two similarly dressed white investigators were warmly welcomed inside the Shangri-La of sports just a week later.

According to court papers, Tonic East has agreed to retrain employees and impose a dress code that will not discriminate. But general manager Lindy Tsetseranos insists they never discriminated, citing a party for Barack Obama supporters in February and the bar's black bouncers. Also, some of Tonic East's top MySpace friends are black, too! And there is even photographic evidence of a black patron on their website, though nightlife blogger Down By The Hipster darkly cries Photoshop.