When it comes to easy access to delicious sushi and Japanese food, give me all the gimmicks. That includes conveyor belt sushi, or kaiten, which is getting another trip around the city courtesy of YO! Sushi, an international chain opening its 100th restaurant in NYC this November.

Fresh sushi, tempura, salads, drinks, desserts and other dishes totaling 90 different options weave their way through the seating areas, where diners pluck whatever they want to eat as it passes in front of them. Dishes are priced according to the color of the plate and, like an old school dim sum spot, a server tallies your bill by counting the plates at your table.

The concept's been given a turn before in NYC at places like the now-defunct Sakae Sushi and East Japanese Restaurant, which is

still doing its thing in Kips Bay[Update below]

. Even Whole Foods gave it a go.

This year's seeing an influx of international food brands hawking Japanese cuisine making their way into the NYC market. Caviar udon specialists TsuruTonTan debuted in Union Square recently, and London-based Wagamama is set to touch down with two restaurants, one of which is expected to debut this fall.

YO! Sushi opens this November on 23rd Street between 5th and 6th Avenues

UPDATE A reader sends word that East Japanese Restaurant will be closing its doors on September 4th. 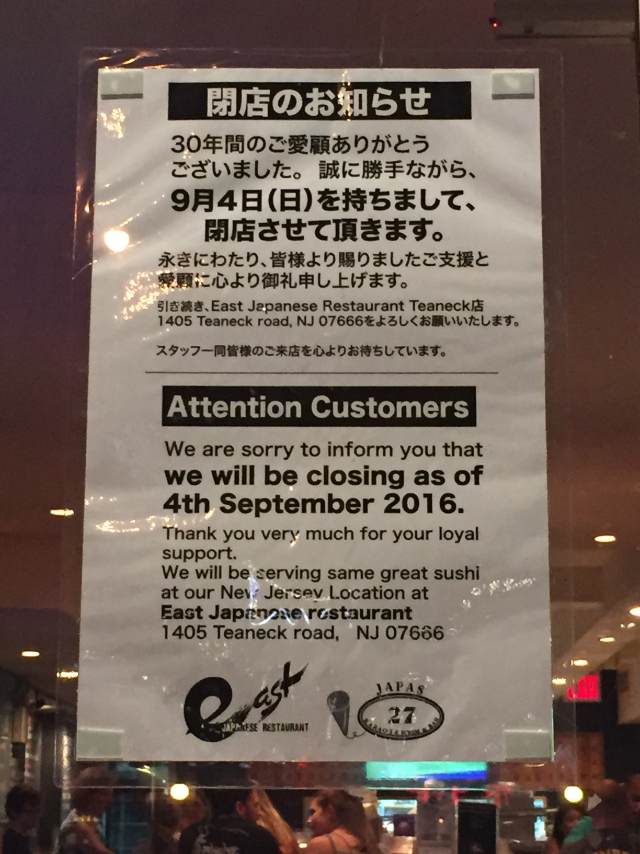 #conveyor belt sushi
#kaiten
#sushi
#yo sushi
#original
Do you know the scoop? Comment below or Send us a Tip