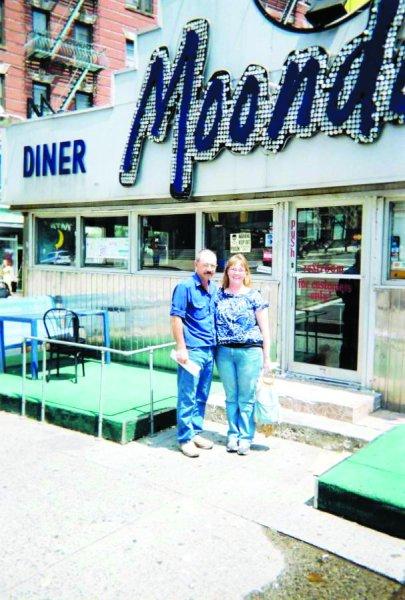 The Moondance Diner shut its doors at the end of June at which time it was rumored that it would live out its years at a museum in Pennsylvania. The free-standing diner has changed its path, however, and now it's headed to the small town of La Barge, Wyoming.

The NY Sun (and the Jackson Hole Star Tribune) reports that Vincent and Cheryl Pierce purchased the diner from the Rhode Island-based nonprofit American Diner Museum (where it was donated by Extell Development, who are developing the diner's former site into luxury residences). The couple is currently getting permits to close off Sixth Avenue and Grand Street so they can move their new purchase. At that point "Ms. Pierce's husband and father plan to drive a semi-tractor-trailer to New York City in order to relocate the Moondance to a rural town surrounded by oil and gas fields about five miles north of the Oregon Trail." The town, with a population of about 600, will soon be enjoying traditional diner fare - as the Pierce's plan to have it back to their hometown by August 10th.

This isn't the first time a mainstay diner has left New York. The Munson Diner which used to be on 49th Street is now in Liberty, NY. The executive director of the Greenwich Village Society for Historic Preservation told the Sun that the Moondance's fate is part of a "disconcerting trend...an indication that the real estate market in New York, and particularly in Manhattan, is so superheated that anything that doesn't dedicate itself to the super luxury market does not seem to be able to survive." How much did Moondance sell for? $7,500.