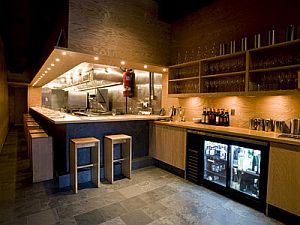 Momofuku Ko, the trendy new 12 seat restaurant by acclaimed chef David Chang, is getting more attention for its maddening reservation system than for its food. That’s partly due to the fact that no critic has been able to get into the place and review it, not even the top dog in town, Times restaurant critic Frank Bruni.

The problem is that Chang refuses to give anyone preferential treatment, and all who would dine at his counter, from the lowliest blogger to the loftiest V.I.P., must log onto the website at 10 a.m. and try to score some of the 32 slots made available for one night a week later.

Like many, Bruni has been venting his frustrations online, though supposedly it’s just a “friend” named “B.” who’s really starting to lose it: “My friend B. has just about had it. He’s gone from yearning to fretting to scheming to fuming. He is Ahab and Momofuku Ko his white whale. It’s gotten away from him and it’s getting the better of him.” B., hm? And is B. also the one driving Bruni to fire off 3 blog posts totaling 2,016 words about the white whale in the last 30 hours?

Despite help from a “posse” of friends who dutifully try their luck online at 10 a.m., Bruni has been stymied for weeks. At least “his friend” has learned to enjoy losing: “It is nice to have an outlet for my aggression. Getting mad about Ko makes the rest of my day quite productive.” Even Jason Kottke has chimed in with a long analysis on the fairness and effectiveness of the reservation system.

#david chang
#frank bruni
#Jason Kottke
#momofuku ko
#online
#reservation
#system
Do you know the scoop? Comment below or Send us a Tip