TeaNY, once called "the best tea cafe on earth" by this guy, is for sale. The tea and vegan cafe was opened 10 years ago (!) at 90 Rivington Street, and was the creation of Moby and his then-girlfriend Kelly Tisdale.

As Bowery Boogie points out, "The second half of their decade residency on the block has been quite tough for TeaNY. Moby eventually divested from the institution he helped create; a fire at 90 Rivington Street in June 2009 crippled operations for a year; the Department of Health mandated a forced-closure back in January, but the tea spot reopened a short week later with new management and a lime-green makeover." This is a turn-key operation, and while this listing says it's $130,000/month, in the below flyer they're asking $130,000 + rent $5,800/month rent: 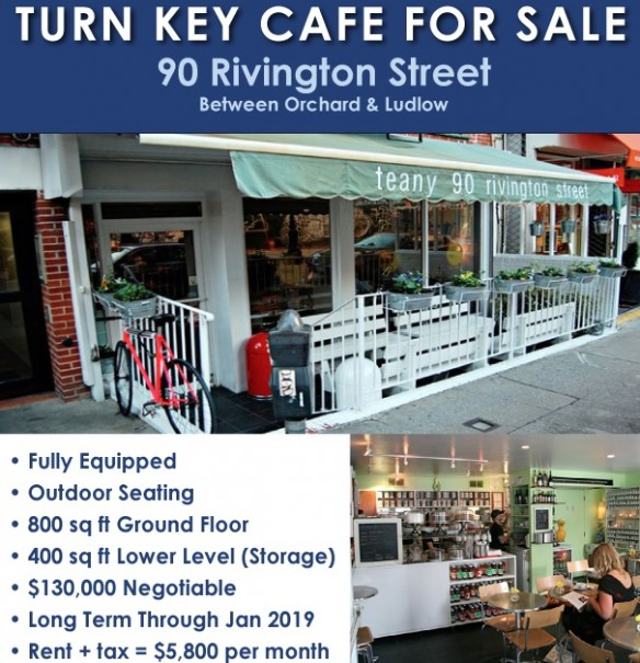 It's unclear what will happen with the TeaNY beverage company, which produces bottled TeaNY tea sold in stores.

#for sale
#moby
#real estate
#teany
Do you know the scoop? Comment below or Send us a Tip