For an anthropomorphized cylinder of liquid sugar, Mister Softee is a litigious man. After we ran our profile on Victor the ice cream man last month, attorneys for Mister Softee took notice, and filed a lawsuit against the owner of Victor's truck for illegal use of the Mister Softee jingle.

While the "New York Ice Cream" truck Victor was driving bore no trace of the bowtied federal trademark, the jingle, "The Mister Softee Sonic Mark," is also trademarked. 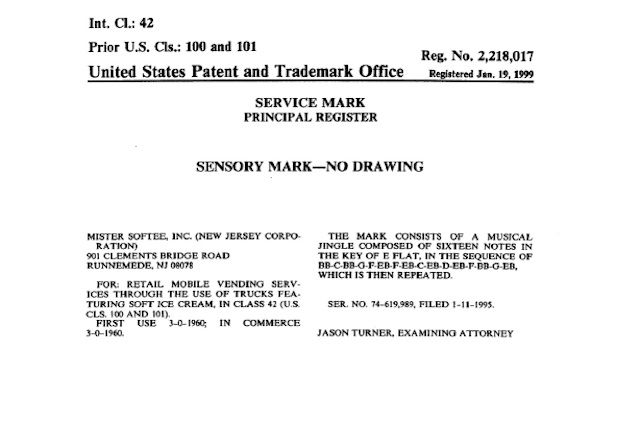 Those notes are the notes Victor, who is not named in the suit, said he hears "when they're off, I hear them in my sleep."

The complaint also suggests that anyone who buys ice cream from a truck using an unlicensed Mister Softee jingle does so at their own peril:

Mister Softee has no ability to ensure that Defendants are storing and dispensing their ice cream products in compliance with applicable health standards and laws. As a result, customers may become ill if the ice cream is not properly stored and dispensed and the trucks and equipment are not operated in a sanitary manner.

Mister Softee is asking the court to prevent Konstantakakos from using the jingle, and for "treble damages." According to the court's website, Konstantakakos has yet to be served a copy of the lawsuit.

As Victor put it, "this is a cutthroat job."