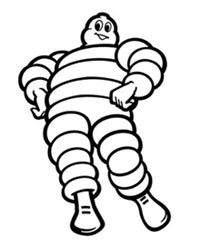 The fleet of undercover, handlebar mustache-twirling French restaurant “inspectors” have made their rounds through New York’s dining scene, and the results are in. Only four restaurants have been deemed worthy of the Michelin Guide’s top rating (3 stars) this year: Jean Georges, Le Bernadin, Masa, and Per Se.

Dave Chang’s tough-reservation restaurant Momofuku Ko garnered 2 stars, as did Alain Ducasse’s Adour. Restaurants Annisa and Anthos won 1 star from the guide, and chef Brad Farmerie’s Public joined the Michelin ranks. Brooklyn’s Peter Luger, Dressler and Saul held onto their stars, so the borough is still represented in the guide.

As with any supposedly definitive ratings system, there’s dissent out there regarding this year’s Guide choices. A sampling: In a comment on Eater, former New York Times food critic Mimi Sheraton specifically bemoans the exclusion of La Grenouille, asking “How can New Yorkers take Michelin's judgment seriously?” Elsewhere, commenters reviewing the 2009 list are befuddled by the somewhat mysterious snubbing of Babbo and Eleven Madison Park. And fans of Kyo Ya may face a harder time getting seated now that the critically lauded, but still relatively obscure East Village kaiseki restaurant made the list.