Enjoying a cocktail at the balcony bar overlooking the Metropolitan Museum of Art's expansive Great Hall is one of the best "secrets" of the legendary art space, especially since imbibers are serenaded by a hip string quartet while they drink. Now, in conjunction with the current artist in residence program, the Met has created a new line of cocktails inspired by their partnership with the group of artists known as Alarm Will Sound.

Taking a cue from the 20-member group's adventurous and ambitious pieces, which seamlessly merge classical pieces with contemporary flair, the Museum concocted four new cocktails that represent both the venerable institution's history, as well as its place as an arbiter of modern taste. The resulting cocktails—named The Permanent Collection in reference to Alarm Will Sound's first performance piece at the Met—are riffs on classic drinks, at once accessible and familiar but with new flavors that morph them into something new. 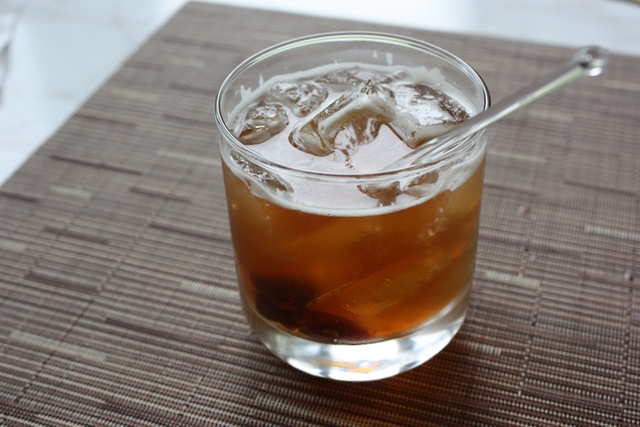 For the Blood Orange Manhattan, Beverage Manager Robert Burbano soaks wedges of blood orange in Maker's Mark, giving the bourbon both sweetness and a zesty citrus note. The cocktail's fruit notes give it almost an Old Fashioned-like flavor, especially with the sweet brandied cherries as garnish. It's the strongest of the bunch and ideal for imbibers who aren't into too much fussing with their drinks.

The Museum's award winning pastry chef Randy Eastman whips up an airy lemon foam for The Gin and Apple Tonic (picture at top), which elevates the simple cocktail into highbrow territory. It's an effervescent and refreshing drink, with lots of apple flavor courtesy of Finger Lakes orchard Red Jacket's crisp apple juice. 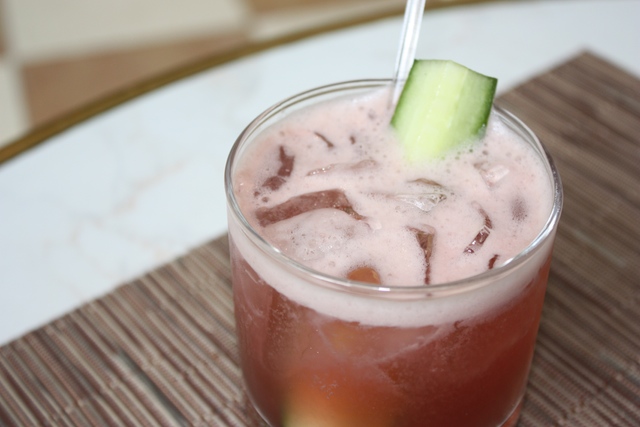 Pomegranate juice adds a tangy sourness to the special Margarita, which uses an anejo tequila for extra oak flavor. Chef Eastman also contributes a lemon confit to the Vodka Collins, which subs out the gin in the quintessential sweet-and-sour drink.

On the day of each Alarm Will Sound performance, the Great Hall Balcony Bar and Petrie Court Cafe will offer the special cocktails for $12 a pop. Tomorrow marks the debut performance of The Permanent Collection, which the ensemble created as a musical version of the museum's pieces. Then on November 16th, the ensemble has its New York Premiere of Radio Rewrite, a program featuring Steve Reich's pieces based on songs by Radiohead. Check out the full Alarm Will sound schedule for additional dates and tickets.

#alarm will sound
#cocktails
#metropolitan museum of art
#original
Do you know the scoop? Comment below or Send us a Tip