"Marry Me For 300 Sandwiches" Lady Accuses Public Of Humorlessness

Yesterday, the world suddenly become aware of 300 Sandwiches, a website that tugged at gag-reflexes of New Yorkers everywhere when it was revealed that Page Six writer Stephanie Smith had started the blog as a means of conning her boyfriend into marrying her.

The premise was simple: Smith's boyfriend, Eric, joked one day that a simple sandwich she'd thrown together was so good that if she made aroundexactly 300 more of them, he'd buy her an engagement ring! HILARIOUS! But Smith did not respond by throwing a sandwich at him or quietly suffocating him in his sleep between two pieces of rye bread. According to the blog's description, she "got cooking..." 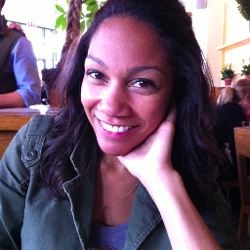 It took no time at all for the internet to skewer Smith, rightfully. The hashtag #300feministsandwiches was born, and with it, a collection of cringingly delightful puns: (Riot Grrrld Cheese, Susan BLT Anthony, The Feminist Misteak.) The backlash was swift, and it was pointed. Apparently Smith just wasn't ready for all that.

Luckily, as a salaried person at a major newspaper, she was lucky enough to be given a second platform to defend herself today, protesting that the blog was just a "flip joke," and accusing her readership of "not getting it."

"The blog started as a lighthearted joke between boyfriend and girlfriend," she wrote. "I presented it to the world because I thought at least one person would find the humor in the idea of sandwiches for an engagement ring."

Aw, Smith. There's so much wrong with this argument, not the least of which is that one of the crucial elements of a successful joke is that it is actually funny. The "Bitch Make Me A Sandwich" trope has been dead on the vine for years! "Is 'I’m 124 Sandwiches Away From an Engagement Ring' a chauvinist exercise?" writes Slate's Amanda Hess. "Ha, ha. If only we had the luxury of grappling with such advanced questions here. No. We are in 'plant or animal?' territory now."

What's more, Smith has apparently not noticed that she writes for the seventh most widely-read paper in the United States. Despite building an entire career reporting on Mickey Rourke's "suspicious smoke break" and Caroline Kennedy's eating habits, Smith hasn't realized that when you offer personal information about yourself on a silver platter—or between two slices of bread, if you will—you are setting yourself up to be mocked. When your idea of a "joke" is as ill-conceived as this one, the Internet will seize upon it like a pack of hyenas ravaging "Sandwich #175 Indian Summer."

But sadder still is that Smith felt the need to write an entire second story justifying her relationship/sandwich-making habits to a group of judgmental strangers.

"For those who think I’m sacrificing myself for Eric, know that he does most of the cooking, often having dinner ready when I come home late from work. He also suffers through many episodes of “House Hunters” on HGTV," she writes, pleading with us to understand—even though we clearly don't.

"He does things I like, just as I make sandwiches he likes, because that’s what a couple does. These aren’t sacrifices. They are what you do when you enjoy seeing the person you love happy."

Of course, it's hard to feel too sorry for Smith. Soon she'll have a 40 Days of Dating-esque vomit-worthy movie deal, and more importantly, in a mere 123 sandwiches, she'll be married! Who among us can say the same, hmm?