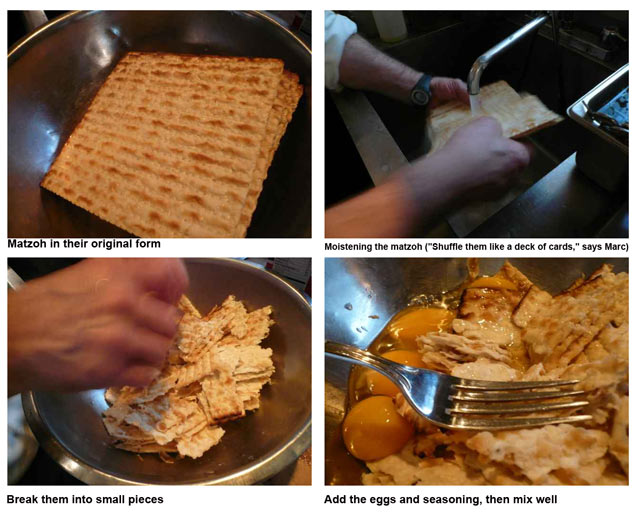 Restaurateurs Marc Meyer and Vicki Freeman took some time out of their hectic brunch schedule at Five Points to cook up some matzoh brei, a traditional Passover dish. They generally don't limit their matzoh brei eating to the Passover season. "We eat it all the time," says Vicki.

At their house it is generally served plain, although Vicki admits to eating it with applesauce and sour cream when she gets it at Shopsin's. Marc recommends using standard passover matzoh -- no egg or whole wheat versions, but notes that the Israeli shmura matzoh requires a bit more soaking.

(Recipe after the jump!) 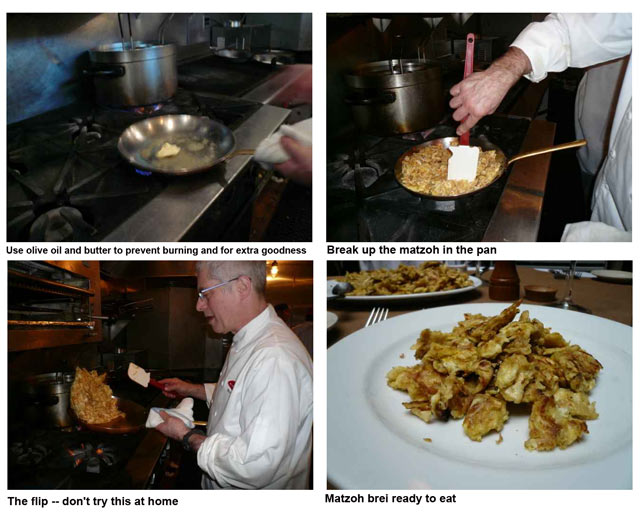 Method: Combine matzoh, eggs, and salt & pepper in a large mixing bowl. Over medium heat, in a large sauté pan, melt the butter in the olive oil. Add the matzoh mixture and cook until slightly crisp. Check seasoning for taste. Plate and serve.

#cooking
#Cookshop
#five points
#Mark Meyer
#passover
#recipe
#Vicki Freeman
Do you know the scoop? Comment below or Send us a Tip