We know that New York City's food scene is one of the most diverse on the planet, but can one theoretically eat the cuisines of every country in the world without leaving the five boroughs? One man has been on a singular mission to find out—and he's gotten pretty damn close.

Charles Bibilos began his quest to tour the world through NYC food offerings back in 2010 with a trip to Queens to eat Ecuadorian food at Mitad del Mundo in Corona. Since then, he's eaten the food from 129 different countries, tracking the progress and his experiences on his blog United Nations of Food. The Iowa native, who moved to NYC in 2009, plans to visit 160 countries—excluding those with populations under one million like Vatican City—whether at restaurants, food trucks, convenience stores or "your grandma's kitchen."

We caught up with Bibilos to check in about his journey so far—which has taken him to Haiti, Cyprus, Guinea, Nepal and back home again to the United States—including the challenges in finding these last countries and the price tag for dining around the world. 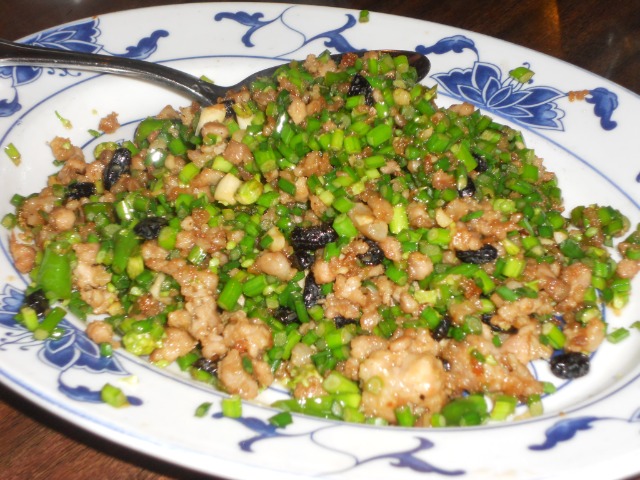 What's been the most difficult cuisine to track down so far? There are about 25 countries that have proven to be incredibly difficult, mostly in the Middle East and Africa—and I'm pretty certain that there aren't any restaurants serving the cuisine of, say, Kuwait or The Gambia in NYC. I keep hoping that I'll somehow accidentally meet friendly chefs from the remaining countries, but I'll probably end up knocking on the doors of UN Missions, trying to look hungry and lovable.

Which cuisines were you most excited to try? I'm always excited about eating, but there's some extra excitement when a cuisine scares me a little bit. For example, I tried pickled herring when I was a kid, and I immediately vomited with great gusto. So Scandinavia basically scared the poop out of me for a couple of decades, and that made it even more exciting when I encountered Swedish pickled herring as part of this project.

I was also really excited to try Taiwanese cuisine, because a friend promised that sauteed flies' heads were a national delicacy. Turns out that it was just black beans with finely diced pork and scallions. But it was still exciting for a few minutes.

What parameters did you use to determine a country's food if it wasn't immediately clear (United States, for example)? My only real "rule" is that somebody from the country has to be involved in preparing the food, usually as the chef or restaurant owner. It's great if I can stuff my face with a clearly recognizable national dish, but I trust whoever is doing the cooking to feed me something authentic.

For really common cuisines, I usually just try to find something interesting. For the United States, I ate something called a "garbage plate", which is a delicious billion-calorie fatfest that originated in Rochester, NY. For Italy, I found a Sicilian place that serves pasta in a giant wheel of pecorino cheese (and I think I made all sorts of hideous "pecorino" puns in my blog post -- please don't read that post, it's probably embarrassing). So I don't necessarily look for something "typical" if most Americans are already familiar with a particular nation's cuisine. 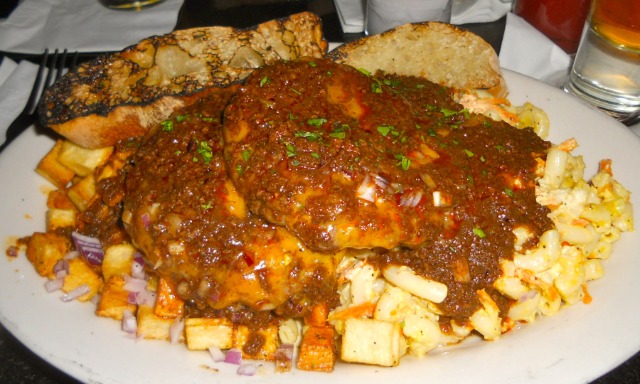 Looks like a lot of what you have left is African countries. Do you have plans in place to find those final countries? Yeah... well, no. I mean, yes. Um, sort of. The United Nations African Mothers Association's annual fundraisers have been great, but the organization's website is pretty barren these days. So I guess my fantasy is that an extremely well-connected United Nations employee will take me under their wing, and invite me into the kitchens of African ambassadors.

So if anybody from the UN is reading this: I swear that I'm really fun at dinner parties!

How much money do you estimate you've spent in the five years since starting this project? Ouch. I don't think I want to think about it. I never hold back when it comes to this project—if there's something interesting on the menu, I'll order it, and I'll figure out the physics of cramming three meals into my belly later. So I overspend sometimes. Including transportation and visits to multiple restaurants for some countries, I've probably averaged about $40 per country. So... $5,000, maybe a little bit more?

Great, now I'm too fat and too broke to ever retire.

What do you do when you're not eating? What do you mean by this strange concept of "not eating"? Just kidding. I'm working on a PhD in education, also have part-time gigs as an education consultant, teacher, and private tutor. The PhD was a terrible life decision for my stomach -- it's cut painfully into my eating time, and definitely slowed my blog to a crawl. But I'm close to having some freedom, and can get back to the finer things in life, like fried food.

How will you celebrate completion of your quest? By eating a monstrous meal. It's my only real skill.

#charles bibilos
#interview
#united nations of food
#original
Do you know the scoop? Comment below or Send us a Tip
A new Gothamist is coming! We’ve moved comments over to our beta site. Click here to join the conversation and get a preview of our new website.