When it's not producing locally-made whiskey and rum, the Van Brunt Stillhouse acts as home to Tokki SOJU, the first traditionally-crafted rice soju made in the United States. Owner and creator Bran Hill—who was Van Brunt Stillhouse's head brewer and distiller for a year and a half—along with managing partner Douglas Park, have been working on the product for a year and a half. It officially launched last February, in conjunction with the Lunar New Year.

"I'd just moved from Korea to New York, so whenever I had open fermenters, I'd start to do Korean spirits and just experiment with them," Hill recalls of Tokki's origin. "I make about six types of Korean spirits outside of soju and would give them to my friends. They were really well received by the Korean community and they're just kind of non-existent on the American market."

Hill's background in brewing expanded following a sudden move to South Korea, where he enrolled in the Susubori Academy run by the Kyonggi University and the Foundation of Agricultural Technology Commercialization and Transfer (FACT). From there, he traveled around the country to learn about different types of Korean alcohol and their production, ranging from historical methods to contemporary. 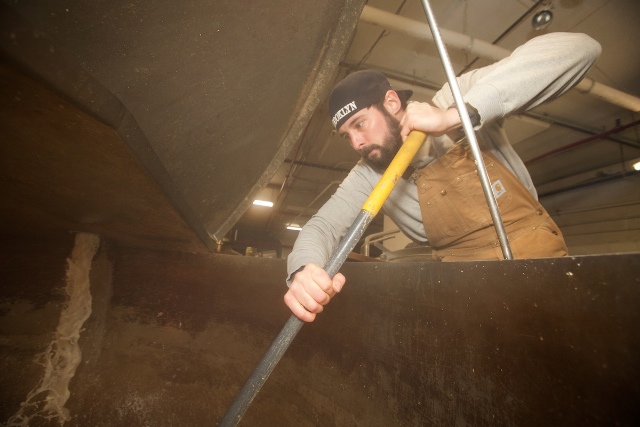 Soju's been made in Korea since the 13th century, when Mongolian invaders brought over arak, soju's alcoholic predecessor. Despite being sold more than any other spirit in the world, soju still hasn't quite cracked the American market and there's not as large a demand here—for now.

"The soju category is so open it can pretty much be made from any starch, so the green bottle sojus are whatever neutral grain spirit they can get the cheapest," Hill says. "Sometimes it's made from tapioca from China, sorghum from China, sweet potatoes and yams from Papua New Guinea. It's primarily just neutral grain spirit and chemicals, which is not really an accurate representation of what soju truly is."

For his soju, Hill's using chap ssal, a Korean sticky rice that's very high in sucrose. Because of the natural sugars, sweeteners like refined sugars or additives don't need to be added to make the spirit palatable. He's also employing Nuruk, a Korean yeast cultivated from ground wheat in the traditional soju-making method. Cultivating the enzymes and yeasts this way takes about three and a half weeks. 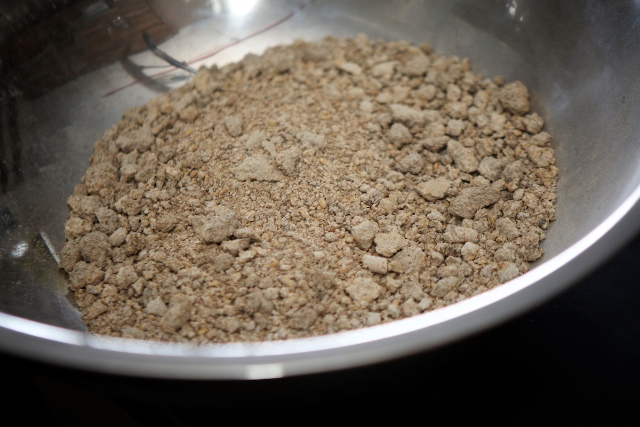 "I know a couple older guys who in their village make it with Nuruk, just to give it away; those are the people who taught me," Hill explains. "But I don't know an actual brand that still does that, even in Korea."

From yeast cultivation to bottling, the soju-making process at Tokki takes about a month. The rice is milled, mashed and brewed before entering a fermentation process, where the alcohol is produced. Following that, it goes into a distillation process, making it a spirit as opposed to a wine or beer. Like vodka, soju isn't aged, but it does have a lot in common with spirits like whiskies.

"If I were to put this in a barrel and serve it at 40% [ABV], it would technically be a whiskey," Hill says. "Grains like corn, wheat, rye, barley, and rice, when you cook them and you ferment them, they do have very similar aromatics. You can make whiskey out of rice because it's a cereal grain." 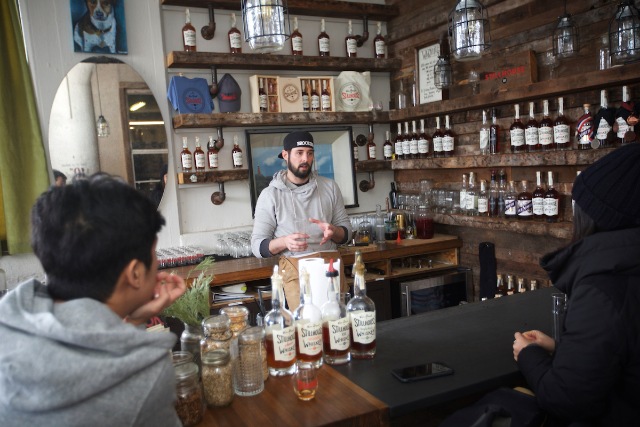 Because soju—even in Korea—doesn't employ traditional methods as often anymore, the reactions Hill's gotten have often been ones of surprise.

"A lot of people have never had it, so when they say, 'Oh, this doesn't taste like soju,' it's kind of because they haven't had it actually made the way it was. The artisan soju movement has not really been adopted by the younger millennials like it has been in the U.S. It's still kind of like the older generation's holding on to what they remember as traditional soju prior to the 1970s."

Hill says most tasters describe a grappa-like flavor because of the sweet rice; he's also heard people pick out cherry and plum notes.

You can find Tokki Soju in high-end Korean dining establishments like Jungsik, and Hanjan, Jongro, where Hill hoped to offer a high-quality product to Korean chefs who might not have access to high-quality, traditionally-made soju because of importing costs. And people can buy bottles at Van Brunt Stillhouse for drinking at home, too.

"At 17% alcohol, most people consume 4-5 bottles [of soju] with dinner, just kind of casually. It's created a very big drinking culture" in Korea, Hill says. There are even rituals surrounding the pouring of the drink—never pour your own and always pour for your elders, for example.

Hill says it was this sense of community and the convivial sharing of food and drink that inspired him to study soju and ultimately create his own.

"Koreans are very, very welcoming, at least with my experience. I never felt like an outsider and I thought they were always welcoming and always really appreciative when I showed an interest in the culture and learning the language and the history behind the spirits," Hill recalls. "It was really well-received as opposed to, 'What's this outsider doing?' Once the Korean community gave me the green light, then I felt comfortable doing it."

#korea
#red hook
#soju
#tokki soju
#van brunt stillhouse
#original
Do you know the scoop? Comment below or Send us a Tip
A new Gothamist is coming! We’ve moved comments over to our beta site. Click here to join the conversation and get a preview of our new website.