The exact origins of fruit preserves, jelly, and jam remain shrouded in historical hearsay. Most likely invented in the cane sugar-rich lands of what is now the Middle East, the sweetened fruit spreads we're familiar with today made the trip to Europe in the saddlebags of returning Crusaders, and by the mid-16th century the wealthy and powerful in France and Britain alike were spreading marmalade at will over their ye olde whole grain bread. The International Jelly and Preserves Association asserts that preserves are a kingly luxury, a favorite dessert of King Louis XIV, and who are we to disagree with them?

But now, after centuries of mass market capitalism, fruit spreads have become a thing both vulgar and silly. Either banished to sad 10 cent packets of sickly-sweet goo or bloated into "handcrafted" vanilla bean foodie caricature, the jam you'll find in the Marketplace of Today is a mockery of its fine and upstanding lineage.

Which is why you need to break out the cookware and make some for yourself. Making your own raspberry jam is a quick and easy pleasure—an exercise in breakfastly self-determination.

[Note: this recipe calls for raspberries, but just about any berry could be substituted in, depending on your tastes and what produce is available.]

To do this you'll need a 12 inch saucepan, a large spoon, some measuring cups, mixing bowl, and (yes) a mason jar with a proper seal.

You'll also need ingredients, so get thee to a grocery and pick up: 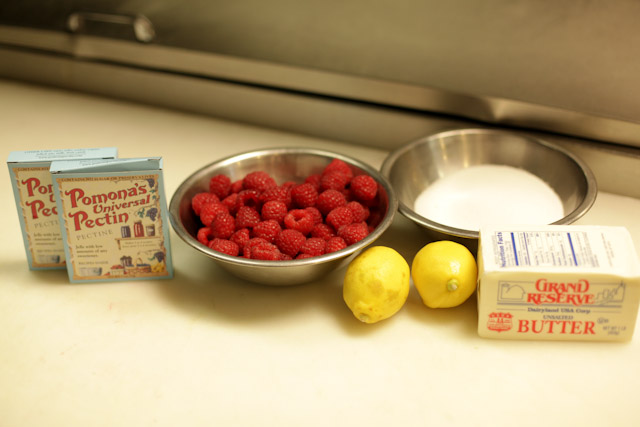 With the ingredients measured, set the saucepan on the stove at medium heat. Add the raspberries, lemon juice, pectin, and butter. Stir the entire pan briefly and then begin mashing the berries with your large spoon (a potato masher works even better for this) and work toward an even, thick consistency. Bring the mashed mixture to a boil for one minute. 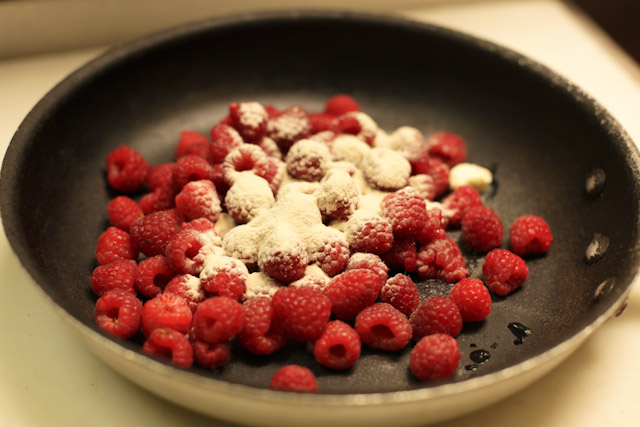 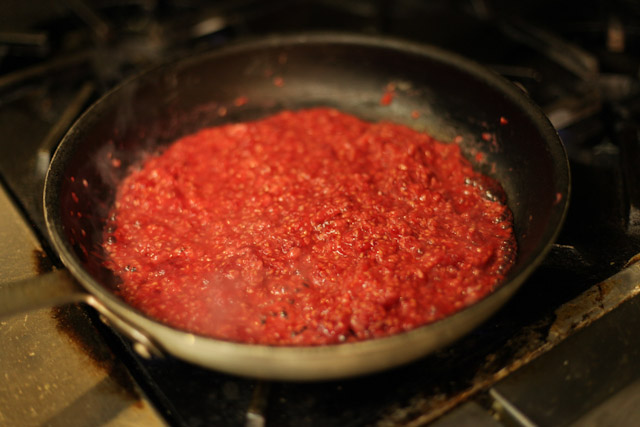 Now, stir in the stir in the sugar and bring the mixture back to a boil. If you're thinking "huh, this is stupefyingly simple" you're correct. Jam is the easiest of homemade cooking projects and that's exactly why you should always make it yourself. 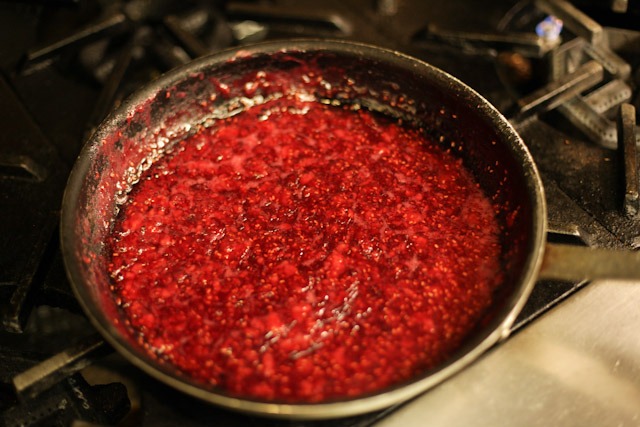 You can experiment with letting the mix boil longer and reducing toward a stronger raspberry flavor, but once the sugar has been added all that's really needed is another 3 minutes of boiling. Remove the soon-to-be jam from the pan and place it in a mixing bowl to cool for at least 15 minutes. 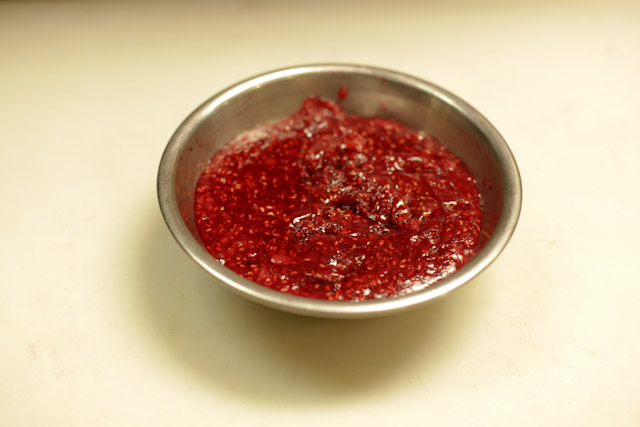 After the quarter hour has passed, pour the jam into a 1 pint mason jar. Use a spoon to correct any spillage that might occur and be careful, as it's probably still a bit hot. Seal the jar tightly with its metal lid and put it in the freezer to sit for at least 8 hours. The jam will thicken as it chills and the longer you leave it on ice, the better it will be once you open it up for some quality toast TLC. 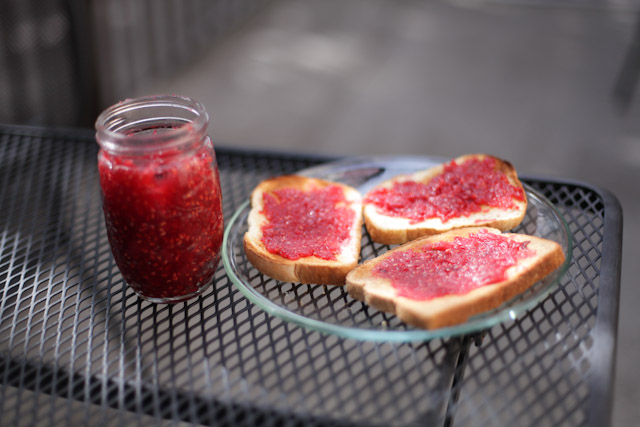 When you do open up your jar(s) you'll find this recipe is evenly sweet and tart and packs a great seedy texture that gets lost when you pureé berries. Put it on just about anything and it'll taste better, but most importantly you'll be enjoying your own culinary work at a time when too many of our food needs are handled by persons elsewhere and unknown.

Smuckers makes over $600 million in a year. Big jam giants don't need your hard-earned dough, and there's nothing like savoring the delicious fruits of your own kitchen labors. Before the winter comes and good berries are impossible to find, resist the urge buy grocery jam (no matter how twee the packaging) and make the good stuff for yourself.

#canning
#cooking
#fruit preserves
#raspberry jam
#recipe
#recipes
#original
Do you know the scoop? Comment below or Send us a Tip
A new Gothamist is coming! We’ve moved comments over to our beta site. Click here to join the conversation and get a preview of our new website.