Last month the beautiful old Allerton hotel on East 39th Street in Murray Hill was reopened as the Pod 39 Hotel, the second of its kind in Manhattan, featuring tiny but appealing rooms at discount prices. Now the hotel, which was originally built almost a century ago and has landmark status, has quietly opened up its roof bar and lounge. Earlier in the summer, savvy visitors could buy a drink in the lobby and take it up to the 17th floor, but there's a full bar up there now, currently in "soft open" mode.

There is also a variety of beer on tap and in cans, as well as fresh pressed juice and a "light bites menu" that's still coming together. The rooftop lounge doesn't officially open until September, but we're told they're serving up there now—though you may want to call the hotel just to make sure it's open before you cross the border into Murray Hill. Currently the hours are 4 p.m. to 2 a.m. 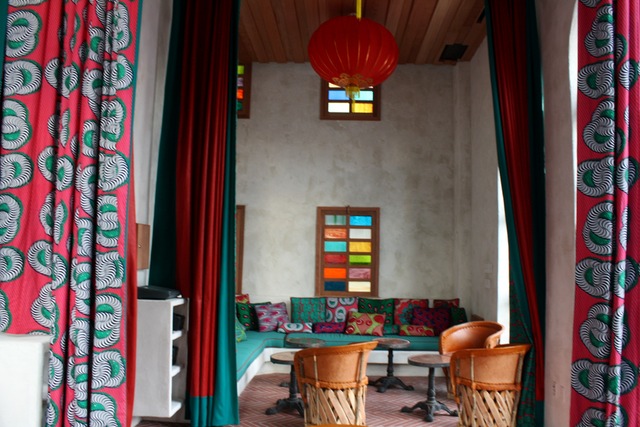 #new restaurant and bar radar
#pod 39 hotel
#rooftop bars
#original
Do you know the scoop? Comment below or Send us a Tip