When a collapsed wall forced Chumley's to close its doors in 2007, most expected the bar would be back by the end of the month. The beloved West Village institution had endured prohibition, chess-related murders, and soaring rents, so surely it could survive some minor structural damage. Instead, nearly a decade of bureaucratic roadblocks and housing code nightmares followed, as well as multiple lawsuits from noise-averse neighbors. At long last, the onetime speakeasy is finally set to reopen next month, now with a fancier menu—estimated $50 per person, not counting drinks—and a new steward: Sushi Nakazawa-owner Alessandro Borgognone.

"The more I looked into the project, the more I started understanding what this establishment really meant to people," says Borgognone, simultaneously fielding questions from plumbers and carpenters in a busy corner of the not-quite-ready bar. Though he hadn't set foot here until last year, he says that great effort has been taken to preserve the former dive's rich history. "We want people to walk in and say, 'What's new, what's old? Was that originally there?'"

The first thing you'll notice upon walking into Chumley's are the walls, which are crowded with framed photographs of literary giants like Kerouac and Steinbeck, who once frequented the bar. Below the photos, hundreds of frayed book jackets, rescued from storage in Long Island City. The jackets form a ring around both the front and back room, interrupted only by a jutting mantle and covered fireplace—the scene of the wall collapse—on which a portrait of Leland Stanford Chumley hangs. 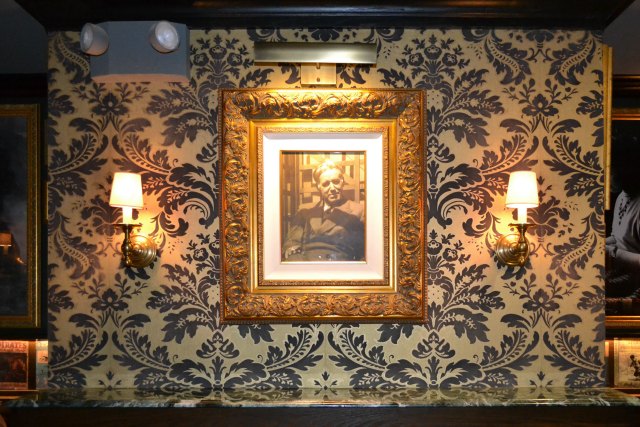 A cartoonist, stagecoach driver, and leftist organizer from Chicago, Lee Chumley arrived in New York with the goal of establishing a secret meeting spot for the Industrial Workers of the World, a labor union founded in Chicago. In 1926, he purchased the building at 86 Bedford Street, an 1830s-era blacksmith shop rumored to have served as a stop on the Underground Railroad. The building was perfectly inconspicuous, with no sign and several exits—including a small door with a peephole leading to a courtyard off Barrow Street—as well as a dumbwaiter that Wobblies used to access the second floor in the event of a raid from the Bomb Squad.

In 1928, Chumley quietly transitioned his radical clubhouse into a literary speakeasy. Edna St. Vincent Millay, a neighbor and occasional bartender at Chumley's, was one of the earliest regulars, and she soon attracted other Lost Generation writers like John Steinbeck and John Dos Passos. (There are rumors of F. Scott Fitzgerald having sex in a booth and Hemingway sleeping off his hangovers upstairs, but sadly little evidence to back them up.) Whenever an esteemed patron published a book, Lee Chumley would ask for a copy of the dust jacket and encase it in glass along the wall—a tradition that lived on throughout the century. 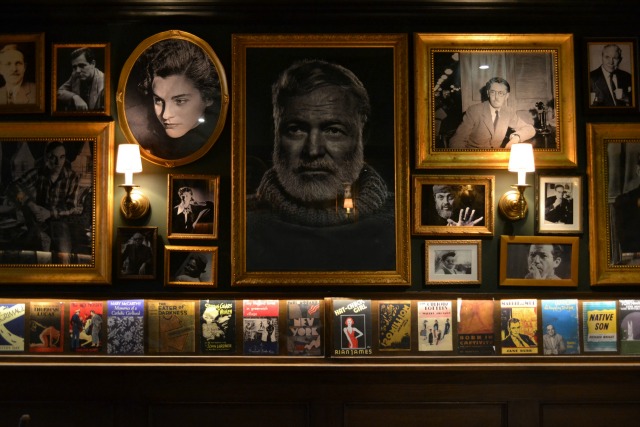 "It was such a big deal when any Villager had a new book out," remembers Anne Margaret Daniel, an editor and professor who frequented Chumley's in the late 1990s. "Your first copy went to mother/father/partner/dedicatee, and the second copy you de-jacketed and took that cover straight to the bartender at Chumley's. Everyone in the place would call out congratulations and buy rounds."

Lee Chumley's most enduring contribution, however, had nothing to do with books. According to The History and Stories of the Best Bars of New York, police would give Chumley advanced notice before a raid, "telling the bartender to '86' his customers, meaning they should scram out the 86 Bedford door, while the police would come to the Pamela Court entrance." The details of this arrangement vary—a different book on the city's bar history claims cops entered through the Bedford entrance—but most accounts agree that the term "eighty-six it," still widely used in the hospitality industry, was coined at Chumley's.

In 1935, two years after prohibition ended, Lee Chumley died suddenly of a heart attack. His wife Henrietta took over, and soon began offering four-course meals for a dollar. Known to sip Manhattans and chain smoke by the fireplace until she passed out, Henrietta also played a large role in solidifying the bar's literary reputation. In the later part of Henrietta's 25 years as owner, Chumley's became a central meeting ground for local Beat writers like William S. Burroughs, Jack Kerouac, and Allen Ginsberg. 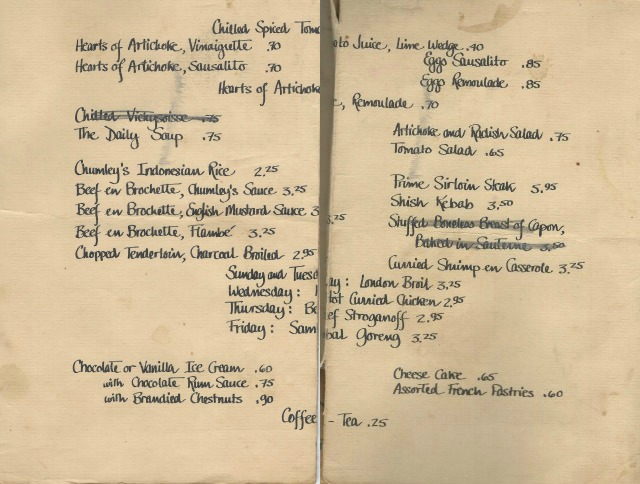 A Chumley’s menu from the 1950s (courtesy Alessandro Borgognone)

Henrietta died in her sleep in 1960, sitting at her favorite table by the fireplace. Over the next five decades, Chumley's would go through several owners, with some small changes made along the way—a jukebox was added in the '70s, sawdust scattered on the floor in the '80s. After the bar hosted a memorial for victims of the Watts Fire of 1994, it became a regular stop for the firefighters of Engine 24.

Some big things did not change. A sign never graced the front of the bar, so most patrons had to be in-the-know. Indeed, if you ask enough New Yorkers about their memories of Chumley's, you'll notice that all their stories begin the same way: with a description of the savvy friend or lover who first guided them through the unmarked door.

Ira Hasson, who lived next door to Chumley's from 1984 through 1987, remembers the first time he walked into the neighboring bar: "I was like holy mackerel, there's a hidden world down here!" He says the bar soon became his living room, describing the vibe as cozy and uncommercial, with a jukebox full of outdated hits that no one ever bothered updating. "It was just a neighborhood place with a little bar and a fireplace and tables, but whether it was a nightcap, a date, a snow day, or happy hour, it always seemed like the right time to go there."

Four decades earlier, Simone de Beauvoir was visiting a very different New York City when she stumbled into a Chumley's that sounds almost exactly the same. In America Day By Day, published in 1947, the French author and philosopher writes of a room "square and utterly simple, with its little tables lined against the walls, but it has something so rare in America—atmosphere...In Bedford Street is the only place in New York where you can read and work through the day, and talk through the night, without arousing curiosity or criticism: Chamby's." 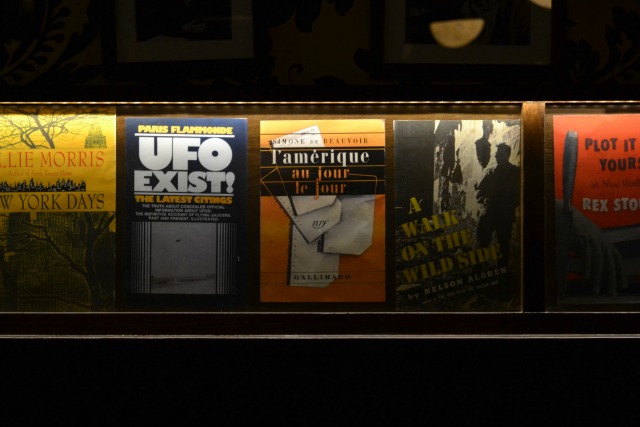 One final bit of bar trivia: The use of the word Chamby's, according to self-described Chumley's archivist James DiPaula, was not an error or mistranslation. There was an unwritten rule in those days, he tells me, to never mention the bar by name, lest it become overrun by tourists. The Harlem Renaissance writer Richard Wright was the one who first recommended Chumley's to Beauvoir, and it's likely that he passed on this code of secrecy as well.

When the doors finally reopen sometime in October, former regulars will flock to the resurrected taproom to once again share in the telling of these historical truths and half-truths. Some may point to the pricier menu and tufted banquets as evidence that Chumley's has lost its way. Others will marvel at the salvaged door, heavy and still unmarked. The especially perceptive might notice that the ceiling is lower, the original archway gone. And the walls, of course, no longer bow inward, though the faces and stories they display are the same, at least for now.

Jake Offenhartz is a freelance writer living in Chelsea.

#Alessandro Borgognone
#chumley's
#history
#west village
#original
Do you know the scoop? Comment below or Send us a Tip