Literal Boob Tube: Breastfeeding Reality Show Is In The Works 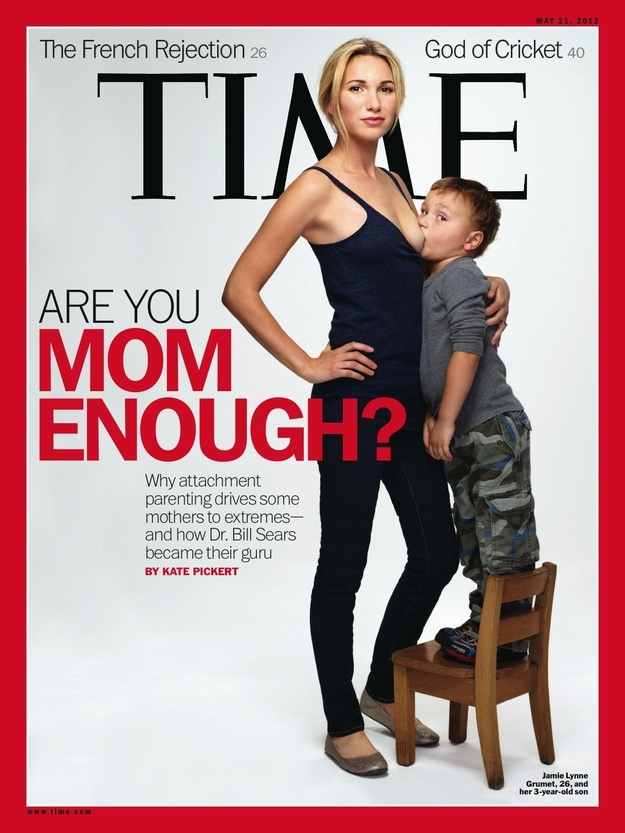 After Time magazine featured a three-year-old breastfeeding (and his attractive mom) on its cover, it seems that it was inevitable that reality television would try to hitch its wagon to the "breastfeeding of non-babies" trend. According to the Post, "Collins Avenue, the production company behind “Dance Moms” and “American Stuffers,” is developing a reality series based on mothers who breastfeed older children." OMG, imagine Abby Lee Miller as a lactation consultant!

Lately, many have been promoting the benefits of "attachment parenting," which is basically encouraging parents to be physically close to their babies— wear slings (instead of putting them in bouncers), co-sleep, and breastfeed—so their children grow up confident and know they are loved. Mayim Bialik, the former Blossom and now The Big Bang Theory star, has written a book about attachment parenting and is letting her son self-wean, sort of joking that she'll stop breastfeeding him when he's in high school. And Jamie Lynne Grumet, the LA mommy blogger on the Time cover with her son, was breastfed until she was six and also breastfed her son who was adopted from Ethiopia.

The CDC notes, "The American Academy of Pediatrics (AAP) recommends that breastfeeding continue for at least 12 months, and thereafter for as long as mother and baby desire. The World Health Organization recommends continued breastfeeding up to 2 years of age or beyond." A Midwood lactation consultant who breastfeeds her three-year-old, Karen McGratty, told the Post, "Experienced pediatricians realize that the bnefits of breastfeeding don’t just magically disappear after one year," while a Park Slope mom, Jessica Cary, explained, ""I didn’t set out to nurse a 3-year-old. But two years came and went. Now breastfeeding and mothering are so intertwined for me."

One mother didn't want to give her name because her daughter stopped breastfeeding at seven, "You can’t force a child to breastfeed. If she’d wanted to stop any earlier she just would have." Anyway, America loves breastfeeding—check out the reception to Modern Family star Julie Bowen's revelation about breastfeeding her twins at the same time (and a photo of it!):

So... will the Food Network finally develop a show about breast milk cheese and ice cream?