Let This Whiskey & Fried Foods Festival Into Your Life

As if Bedford Avenue weren't already crowded enough on the weekends, a new outdoor market will be popping up on the lot at North 8th Street and Driggs on Saturdays and Sundays through September, bringing food, booze and designer goods in addition to more crowds. Put on by Bulletin, which works with indie designers, the market'll sell non-edible things like ceramics and jewelry, but organizers says they're aiming for a "relaxed, block party vibe," ushered in by a full bar, games and a DJ. Luke's Lobster, Gorilla Cheese Truck, Taim, Melt Bakery and other mobile food vendors will be on-site selling edibles to keep the day going.

Elsewhere in market news, the LIC Flea & Food is putting on their own version of a night market in the month of July at Kaufman Astoria Studios. From 7 p.m. to midnight on July 16, 23, and 30 the lot will fill with flea market-type vendors selling antiques and vintage clothing, crafts and the like. A few of the food vendors will be there too, including Jessy's Pastries and Jae NYC Eats. Update:There's no night market for July 9th. 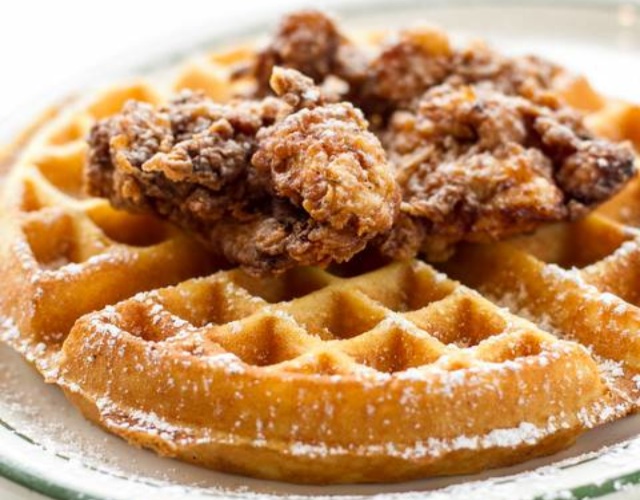 Sate your lust for all things oil-cooked and boozy at the Whiskey Fried Classic this Saturday at the Brooklyn Expo Center. Sip on dozens of brown liquors from distilleries including Dickel, Teeling, Redemption and Michter's, while stuffing your face with deep fried treats like Irish Whiskey Drizzled Donuts from The Donutologist, Spicy Dry Rub Fried Chicken from Jacob's Pickles and Deep Fried Bourbon Marshmallows from 240Sweet. Tickets are still available for both sessions (1:30 to 4 p.m. and 6:30 to 9 p.m. for GA) at $85 each for GA and $125 for VIP.

For the first time ever, Murray's Cheese is opening their cheese caves to the public at their new facility in Long Island City. This Saturday, a lucky group of 12 will tour the caves, where they'll learn about cheese-making and aging from their trained staff. Following the tour, sample the fruits of their labor with a tasting of six of their Cavemaster Reserve Cheeses. Tickets are $100 each and if you miss this weekend, they're also offering tours Saturday, August 13th and Saturday, September 10th.