An Orchard Street bar's backyard seating area has won it no love from neighbors who says the bar has been illegally operating the al fresco section for years without sanction. Sports bar and party spot The Sixth Ward operates a 90-seat "beer garden" in the space between its neighboring buildings that not only presents a noise problem for residents overlooking the space, but also a health hazard for those occupying it, reports Bowery Boogie. According to Department of Buildings records, the bar does not have a permit to operate an outdoor section—and that's just the beginning.

After a damning report was sent to the DOB by neighborhood block association LES Dwellers, the department inspected the building and found numerous dangerous violations, including a glass extension (built without a permit) that actually blocks the building's fire escape. The department hit the bar with other violations including "no Certificate of Occupancy, no Public Assembly Permit, [and] no unobstructed egress." Bowery Boogie also notes that the bar has been repeatedly denied a permit to operate the back patio space. 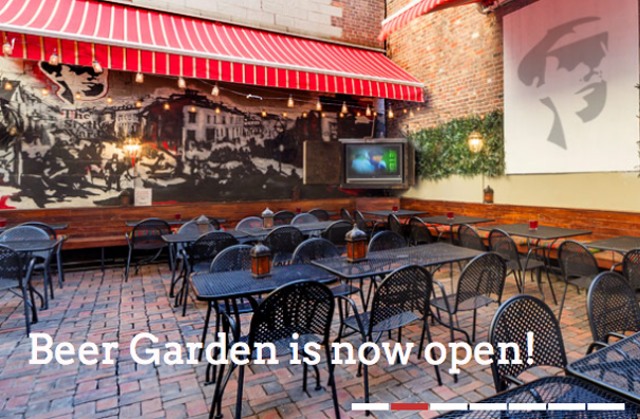 Sixth Ward, which operates inside what LES Dwellers refers to as "Hell Square" because of all the liquor licenses within that stretch, brazenly advertises its "Beer Garden" on its website. An employee of the bar today wasn't sure whether the back yard would be open this evening when we called. A hearing next month should determine what fines will come down from the multiple violations.

The outdoor space has been there, and utilized, during the (many) previous incarnations of the bar.

#DOB
#LES
#les dwellers
#Lower East Side
#the sixth ward
Do you know the scoop? Comment below or Send us a Tip