L.A.'s 'Ramen With A Soul' Now Available In East Village

Tom Nadeau opened the first Tatsu Ramen in 2012, in Los Angeles, because he felt like no one was making noodles in that town that were as good as the ones he had eaten in Tokyo. It's been a huge hit out there, apparently (there are two there now), and six years later the restaurant claims to be "frequented by A-listers, hipsters and blacklisters."

Now the Tatsu team have brought their noodles, their iPad ordering system, and their Dad-joke signage to New York City (where, by the way, we definitely already have lots of amazing ramen). They've set up in a spacious spot in the East Village, two doors down from David Chang's always-overflowing Momofuku Noodle Bar. There were no A-listers at Tatsu on Wednesday night for the Grand/Soft Opening, but I did slurp a couple of bowls of ramen, among other things. Here are some initial impressions. 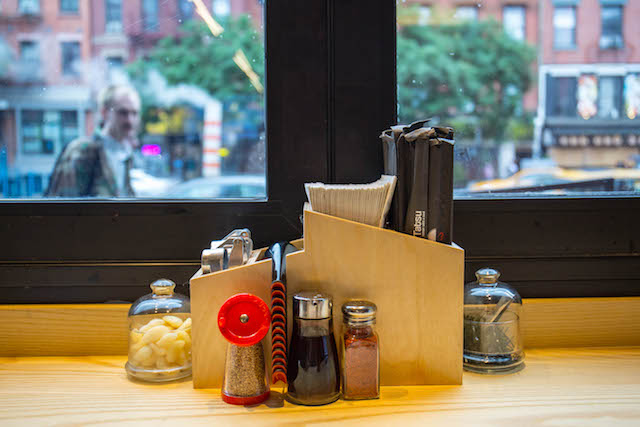