Chef's Club, the restaurant that welcomes chefs from around the globe to contribute signature dishes, expands this Friday with the opening of Chefs Club Counter, a "fine-fast," counter service restaurant with a similar conceit. The 56-seat cafe will open for breakfast, lunch and dinner, offering meals from locally and nationally renowned chefs—but Shake Shack-style.

The space kind of looks like a really fancy waiting room at a train station, but instead of tracks and timetables you've got an open kitchen and ever-changing menus. Customers order at the counter then find one of the 56 seats to wait for their order to be ready. 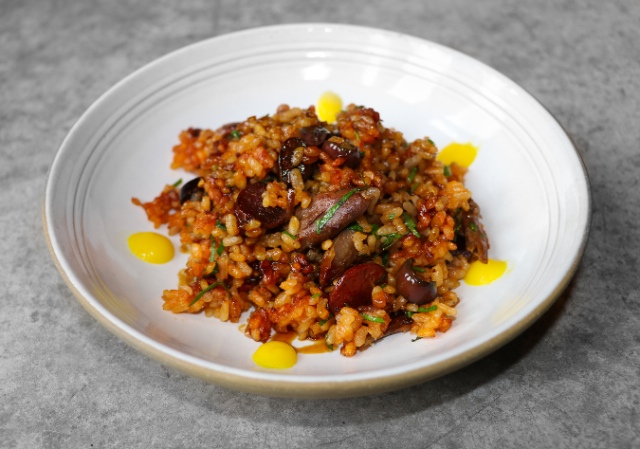 The opening roster includes Alvin Cailan's LA super hit Eggslut, which will be Cali-splaining BECs with offerings including the Fairfax sandwich (scrambled eggs with chives, cheddar, caramelized onions and sriracha mayo on a brioche bun) and a new dish called SoHo Salmon. They'll also be making their signature "Slut," a coddled egg on top of potato puree in a jar. This is going to be the big draw, so...camp out now or something.

Lunch and dinner options will include duck rice from George Mendes (Aldea), the JG Burger by Jean-Georges Vongerichten, Roman pizza by Magnus Hansson, and a sandwich by Eric Kayser.

#chefs club
#chefs club counter
#eggslut
#original
Do you know the scoop? Comment below or Send us a Tip