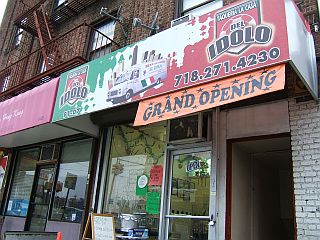 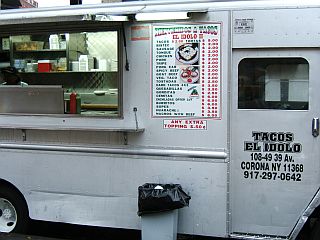 Since we don't get out to Red Hook Ballfields that much, taquerias are always squarely in the sights of our foodar. The Queens nabes of Corona and Elmhurst almost never fail when it comes to fulfilling a taco craving.

So when we walked by a brand new spot called La Casa Del Idolo, Gothamist immediately made a note to come back and sample its fare, particularly since they seemed especially proud of their barbacoa de chivo. From looking at the sign it was clear that this new taqueria was the more permanent home of a business that started out as a taco truck.

A week or so later, we found the takeout menu on our desk and decided to jump on the 7 train to Corona Plaza and hoof it over to the new spot. Steps away from the train was a truck with very same name as the restaurant. Excited at the possibility of eating at the satellite and the mothership in one day, we ordered a barbacoa de chivo taco. We could almost taste the fragrant chunks of goat meat. Surely an operation whose slogan is "un golazo del sabor," which translates to "a goal of taste," would have some killer chivo.

When our $2.00 taco arrived, it was filled with tough meat instead of succulent hunks of baby goat. We should have known something was wrong when we heard a lot of chopping as our order was being made. Properly made barbacoa ought to be able to be cut with a spoon. Thankfully the truck had a container of chipotle-spiked red sauce that made the whole affair more palatable. 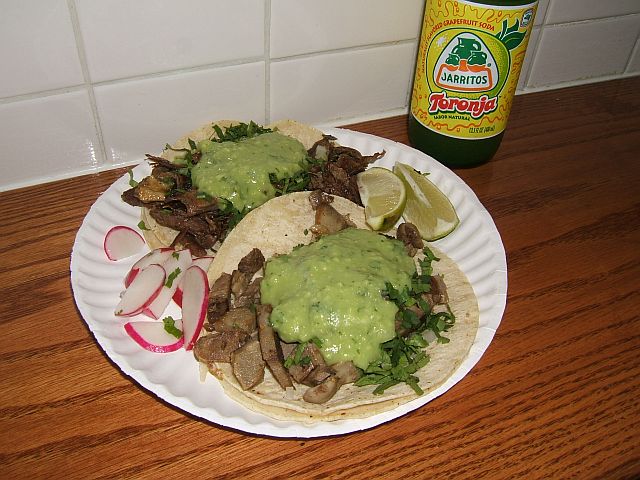 With our enthusiasm knocked down quite a few notches, Gothamist walked over to the restaurant holding out hope that the mothership would have better food than its satellite. Thankfully we were right. Not only was the duo of $2.00 tacos packed with much more meat for the same price, they were delicious. The tender chunks of goat meat were perfumed with cinnamon and the steamed lengua, or beef tongue was good if a tad gamy. Efforts to reflavor the lengua with red hot sauce failed. Rather than the truck's wonderful chipotle sauce, the restaurant's is a thinnish red sauce. Gothamist is willing to forgive this oversight though since La Casa del Idolo's barbabacoa scored such a smashing goal.