The stretch of eateries lining Houston Street between Ludlow and Orchard has been whittled down to just one. Katz's Deli remains the only restaurant still operating on the block, which has been decimated to make room for developer Ben Shaoul's new luxury development. Empanada Mama was the last holdout and they've now shuttered their Houston Street store and moved operations over to 95 Allen Street, reports EV Grieve.

The block has been slowly emptying over the past year or so to make way for Ben "The Sledgehammer" Shaoul, including vital 24-hour Turkish joint Bereket, an outpost of the Lobster Joint and a Ray’s Pizza. There would have been a riot had Katz's also been bought up in the deal, but the eatery sold air rights over its pastrami palace and is therefore safe (for now). 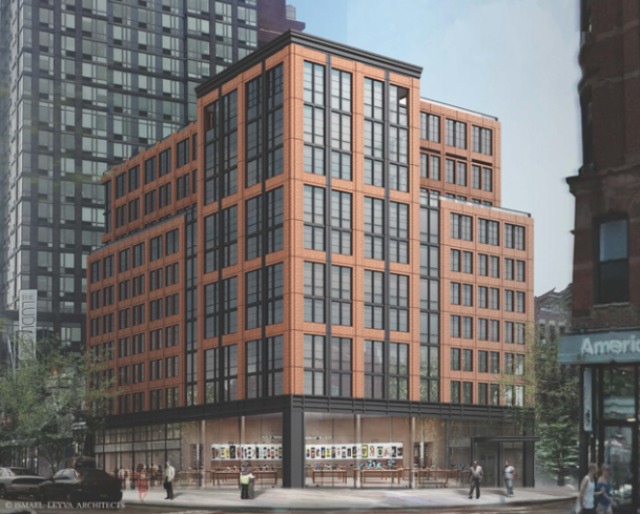 Above, a rendering of the development that'll bring 10 stories of residential units plus 13,500 square feet of retail ventures of some kind. At this point, it won't even look that out of place next to neighboring development The Ludlow and the gleaming facade of yupster produce Whole Foods just a few blocks away.

#ben shaoul
#houston
#katz's deli
Do you know the scoop? Comment below or Send us a Tip