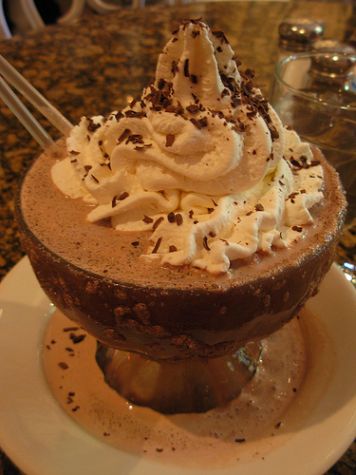 If you’ve got a sweet tooth and a couple hundred bucks to blow, you’ll want to mark your calendar for Friday November 16th, when the Food Network throws New York’s “largest dessert party ever.” Called Sweet, the event will unleash a massive tsunami of temptations from some of NewYork’s top pastry chefs, confectioners, cheese makers, bakers and chocolatiers. To wash it all down there’ll be a wide selection of champagne and wine, including samples from Sopranos star Lorraine Bracco’s Italian wine company, Bracco Wines. (Dr. Melfi herself will be on hand to talk through your feelings about her wines.)

In addition to the 30-plus gourmet chefs, the Food Network will be trotting out some of their own stars for the top shelf sugar binge: Cat Cora, the first and only female Iron Chef; Giada De Laurentiis, the host of Everyday Italian; and Ingrid Hoffmann, host of Simply Delicioso, are among the TV personalities scheduled to appear. But they’re going to have a hard time fighting for attention against such promised confections as the Soft Chocolate, Frozen Sesame, Powdered Peanut Butter and Mole by Tailor's Sam Mason.

The decadence will start at The Waterfront (on 11th Ave between 27th & 28th) at 9pm and won’t let up until 1am, when top buttons are undone and new dieting plans are resolutely declared. Tickets are on sale now; some of the proceeds go to benefit the Food Bank For New York City and Share Our Strength. (Photo of Serendipity 3 Frozen Hot Chocolate from Flickr; Stephen Bruce, one of Serendipity 3's founders, is scheduled for Sweet.)