Acclaimed chef Jonathan Benno (formerly of Lincoln Ristorante and Per Se) has unveiled his latest fine dining venture, the eponymous Benno, nestled deep in the back of the boutique Evelyn Hotel on East 27th Street. It's actually the chef's third (and final) project at the hotel; an Italian bakery and a Roman-inspired trattoria opened in the lobby earlier this year. You'll pass by both on your way to Benno, a quiet sanctum tucked away up a set of marble steps far from the hotel entrance.

Benno has the feel of a "serious" restaurant, with old terrazzo floors, quiet jazz, and a highly attentive staff. The room, which dates back to 1905, is small (under 50 seats) but not cramped, with tables spaced generously apart, and elegantly appointed by Parts and Labor with Art Deco accents, including a gorgeous bar and enormous skylight, in which hovers a custom-made brass chandelier. 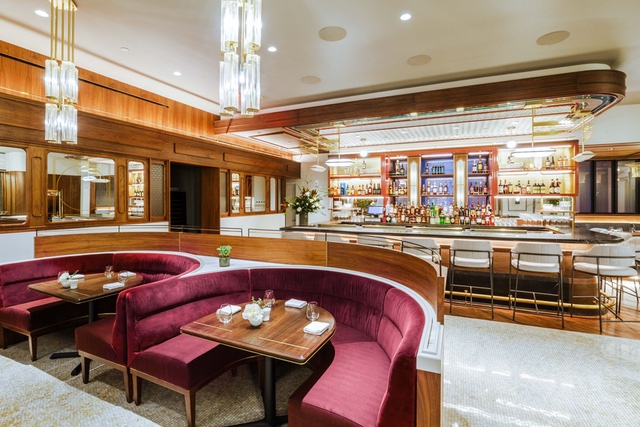 Benno's prix fixe menu focuses on flavors and cuisine perfected in the neighboring regions of Provence (France) and Liguria (Italy). Diners can choose between three ($95), four ($125) and five ($145) courses, with the freedom to mix and match from a variety of "vegetables & mains," "seafood and meat," pastas and mains. You might start with the coddled egg, which comes in a small glass vessel filled with mushrooms, fingerling potatoes, leeks, and a black truffle mousseline ladled poured over the top.

There's also the Carnaroli Risotto, prepared with squash, chestnuts, and Castelmagno cheese, and in the pastas section, a house-made pappardelle, with white truffle and Castelmagno cheese. The accompanying wine list is curated by the enviably-named wine director Aaron Von Rock (formerly of Lincoln Ristorante), whose selections mix classic regional wines and unique finds from France, Italy, and Spain. 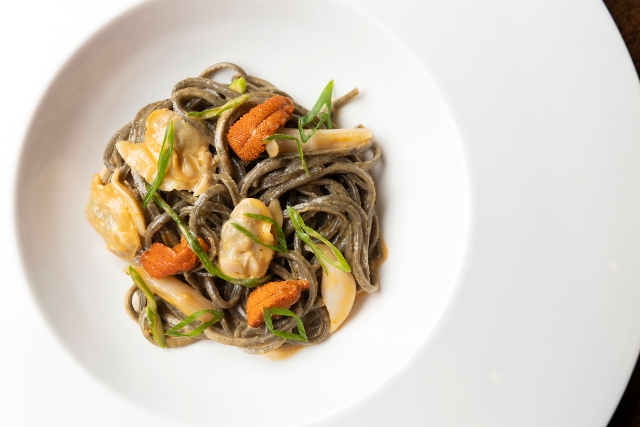 #benno
#fine dining
#jonathan benno
#restaurants
#original
Do you know the scoop? Comment below or Send us a Tip