Say goodbye to all that... parsley. (Apologies.) Joan Didion has got a recipe for parsley salad that serves 35 to 40 people, which is just one dish pulled from her large recipe collection.

One of the backing rewards for the Kickstarter her nephew launched, to raise money for a documentary on Didion, was the writer's recipe book, described as being representative of a "lifetime of entertaining" at her home in Malibu. One backer has now reaped her rewards and shared the wealth. Maria Popova writes:

"As a supporter of the Didion documentary, I was treated to a copy of the author’s personal cookbook—a florilegium of sorts, assembling handwritten recipes, culinary clippings from various magazines and books, and menus of meals she served while entertaining at her home, to guests like Patti Smith (chicken hash with roasted yellow peppers and baguettes) and Richard Roth (baked ham with mustard and Alice Waters’s coleslaw). Tucked into the recipes and menus are subtle clues to Didion’s life and social circle."

Here's how Didion did borscht—how does it match up to Veselka's? 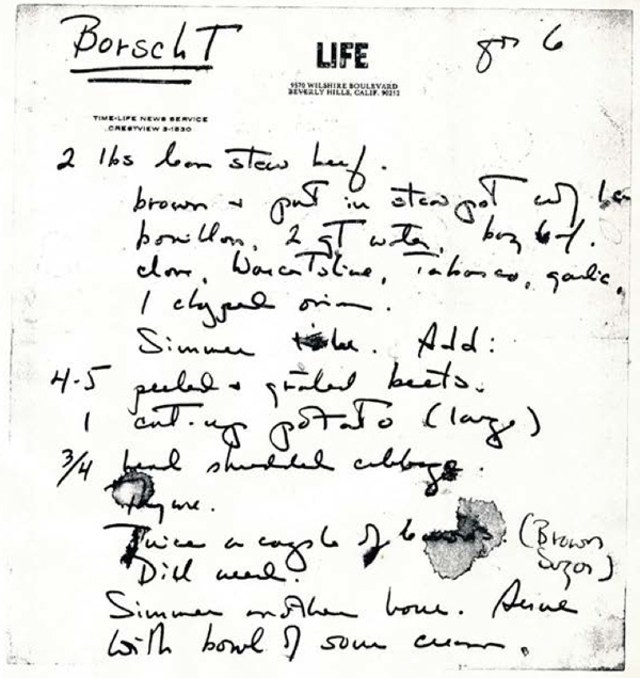 Check out some more recipes here.

#cooking
#joan didion
#recipes
Do you know the scoop? Comment below or Send us a Tip