Jackson Hole, the diner known for their ridiculously huge burgers, has suddenly closed their Upper West Side location. The windows at the Columbus Avenue outlet were papered over as of this morning, reports West Side Rag, and passersby are said to have "gasped" at the unexpected shutter. The restaurant had been in business for 42 years.

Calls to the location went unanswered this morning, but a note on the door says the restaurant decided to close "with great regret," perhaps indicating the closure was internal in origin. Gothamist staffer Ben Yakas, a neighborhood devotee, says the restaurant hadn't been on Seamless in recent months, which he claims is "never a good sign." We emailed ownership of Jackson Hole to ask about the shutter and we'll update if we hear back.

According to their website, the chainlet has been operating in NYC since 1972, serving over 50 different types of specialty burgers. There are now four remaining Jackson Holes in the five boroughs and an additional location in Englewood, NJ. 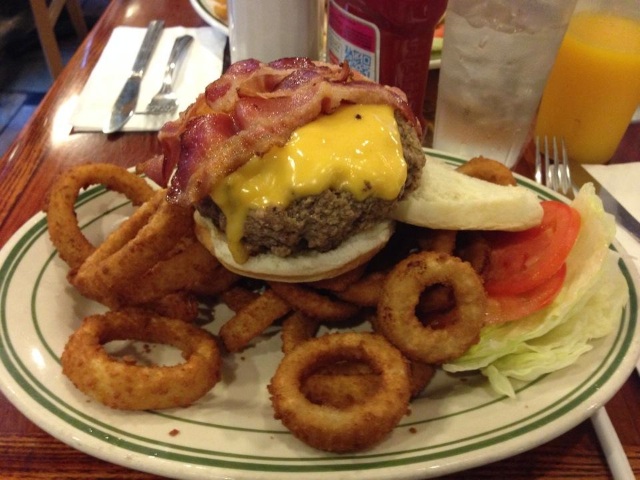 While they are best known for their beefy buns, in truth, their burgers were usually over-cooked meat bombs. In 2014, we declared Jackson Hole's burgers some of the best in the city. We regret the error.

#burgers
#jackson hole
#RIP
#Upper West Side
#uws
Do you know the scoop? Comment below or Send us a Tip